You are at:Home»Current in Westfield»Bringing light to the powerless 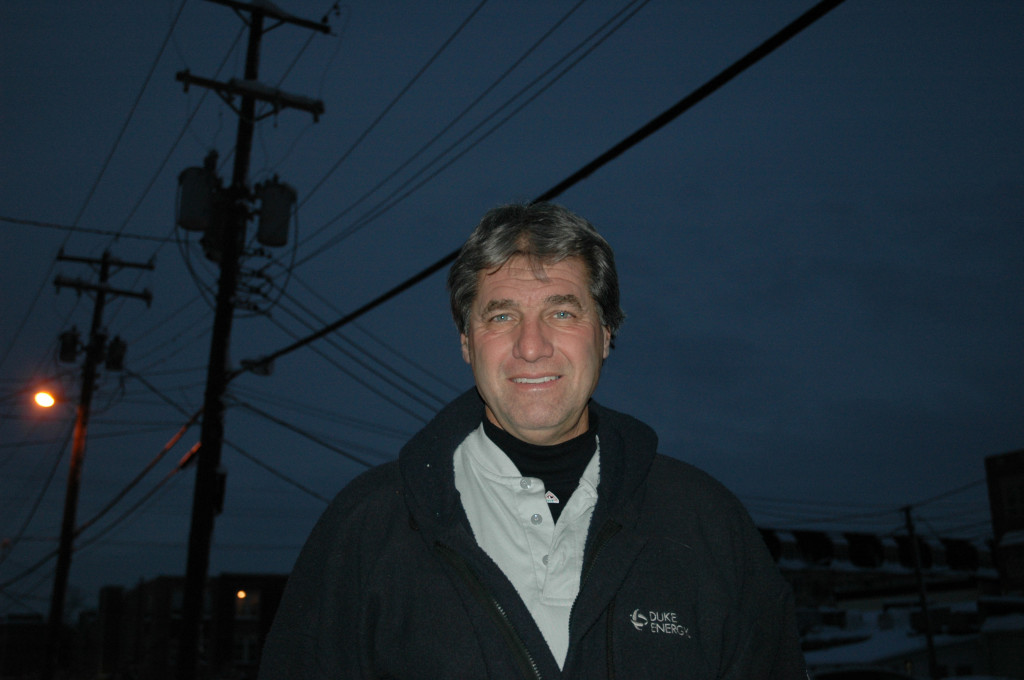 Duke Energy employee Larry McClay has been working as a lineman for more than 39 years. (Submitted photo)

While most of Carmel was hunkering down to wait out the past week’s epic snowstorm and cold spell, a different breed of person set off into the cold night to do a job that few people could.

It’s the type of person who would volunteer to live in a tent for weeks to help restore power in Louisiana after Hurricane Katrina.

Larry McClay of Westfield is that type of person. He is a lineman for Duke Energy, but even he had to admit this recent storm was a challenge.

“I would say this was probably one of the worst ones because of all the elements,” he said, citing the rare combination of a large snowfall, low temperatures and high winds.

And McClay should know; he’s been doing the job for 39 years.

On the nights of Jan. 5, 6 and 7, he worked 16-hour overnight shifts in Carmel to get power restored to homeowners in need.

“So much snow fell that it just weighed the tree limbs down,” he said, explaining that it took nothing to break them once the cold made them brittle.

Those limbs where what caused all the power outages in Carmel – outages Duke was able to resolve in less than 24 hours.

McClay said that mental attitude is how he overcomes the hardship of his job – that, and multiple layers and multiple changes of clothing.

“I always tell myself, ‘I will get through this,’” he said. “It’s hard to explain. Some guys are not cut out for this. But I take pride knowing that we do something that not everyone can do.”

But he said this past week’s storm was so miserable because the air was so cold he could feel it in his lungs. And just trudging through more than a foot of snow made getting to downed lines difficult.

“That’s a workout all by itself,” he said.

Despite the indignities that nature inflicts upon him and his peers, his biggest frustration is the perception that linemen aren’t first responders.

He came face-to-face with that realization this past week when he said two linemen were denied entry to a restaurant that had opened during the storm just to provide coffee to policemen working during the tough conditions.

But not everyone was so dismissive of their service. McClay said the management of the Chili’s in Westfield bought him and his crew dinner when they realized who they were.

“It blew us away,” he said. “We didn’t ask for it or anything. That doesn’t happen very often.”

So if you see McClay or any other electrical linemen working to restore power in your neighborhood, you might heed their only request: “Just be patient with us when we’re working and realize that sometimes we need to leave the scene to complete the job.”

And despite the difficulties, McClay said he can’t imagine doing anything else.