You are at:Home»Current in Westfield»Rebecca Karol Kuch Helmer 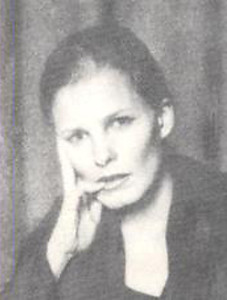 Rebecca Karol Kuch Helmer, 66, of Noblesville, died on Dec. 25, 2013 at Riverview Hospital in Noblesville. Born Jan. 25, 1947 in Quincy, Ill., she was the daughter of Garland and Helen Carolyn (McQueary) Kuch.

She was active in the theater in Indianapolis, Ithaca, N.Y. and New York City, and after moving to Noblesville in 1990, worked at Conner Prairie and taught in the Carmel and Westfield school systems. She was a graduate of Highland High School in Anderson, Ind., and received her bachelor’s degree in drama in 1969 from Butler University, where she had been a member of Kappa Kappa Gamma. She then went on to receive a masters degree in drama in 1972 from Cornell University in Ithaca, N.Y. After graduation, she moved to New York City to find work in the theater. She married Eric Helmer, who was an administrator for the New York State Dept. of Mental Health, and they subsequently moved to Indianapolis, when he was appointed Superintendent of Central State Hospital in 1976. She had also been a member of the Ladies Bowling Group at the Woodstock Club.

No services are planned.