You are at:Home»Current in Westfield»John Radford Holmes, Jr. 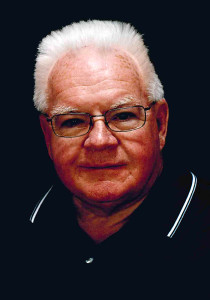 He received his bachelor’s degree from Valparaiso University and master’s from Indiana State University. He began his career in teaching with the Indianapolis Public Schools. Later, he became an administrator with Carmel Clay Schools. He was involved in the Hamilton County Council for 10 years, working for tourism and economic development throughout Indiana. He also gave many hours serving in Prime Life Respite Care.

He was a longtime member of the Hamilton County and Marion County Council on Aging. He was appointed by Gov. Mitch Daniels to the Choice Commission on Aging. Holmes also was a member of Carmel Clay Kiwanis Club and the Carmel Historical Society. He enjoyed being involved in politics on both state and local levels. He had a heart for missions, traveling to Nicaragua several times and serving on the Missions board at Radiant Christian Life, of which he was a member.

In addition to his parents, he was preceded in death by his wife, Sharon Roach Holmes; and son, John Radford Holmes III.

Funeral services were held Jan. 3, 2014 at Radiant Christian Life Church, 16162 Carey Rd., Westfield. In lieu of flowers, the family requests memorial contributions be given to Nicaragua Resource Network, 12900 Hazel Dell Pkwy., Carmel, 46033. Online condolences may be made at www.bussellfamilyfunerals.com.