You are at:Home»Current in Fishers»Descendants visit Conner Prairie 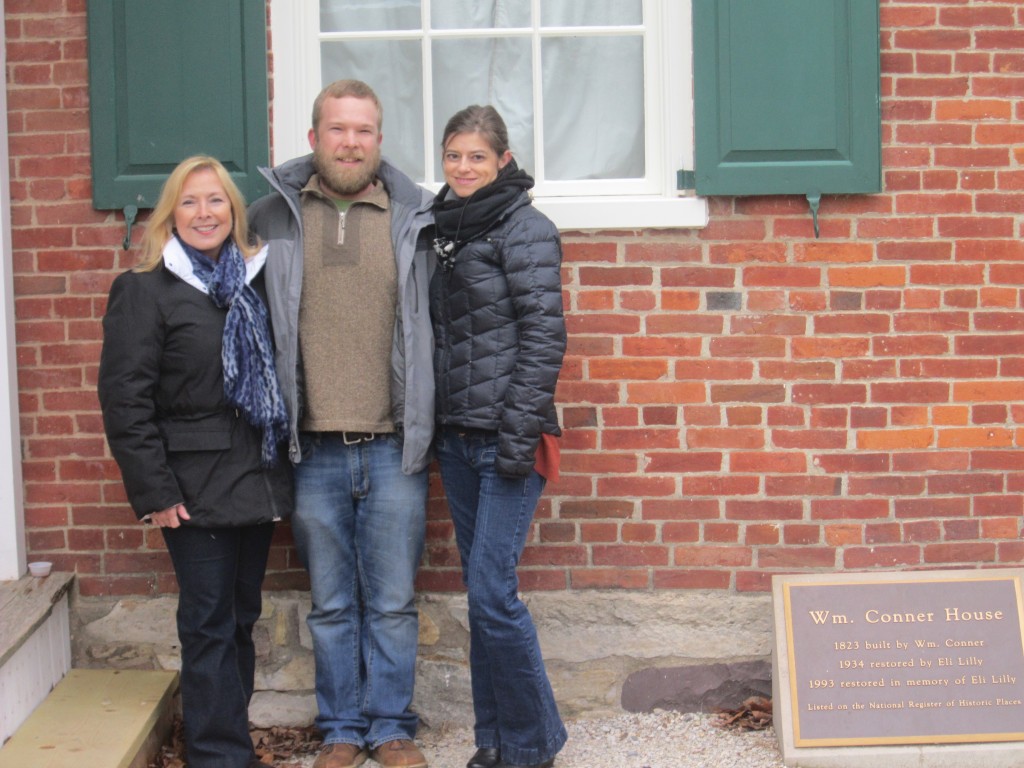 Two descendants of William Conner, the namesake of Conner Prairie Interactive History Park, recently traveled to the Fishers museum to tour the grounds and learn more about their ancestor.

Beth Clifton, 57, is William Conner’s great-great-great granddaughter. She was accompanied by her son, Jason Gray, and daughter-in-law, Shea Gray. Clifton used to live in Rushville, Ind. and now resides in Arizona.

William Conner was a fur trader, born in 1777 to Richard Conner, a tavern keeper and trader, and Margaret Conner, near Lichtenau, Ohio. The family lived with the Moravians, missionaries among the Delaware Indians, and later moved to Michigan, where William grew up. When Conner turned 18, he traded with the Native Americans. A few years later he moved to Indiana with his brother, John.

The brothers both settled with the Delaware Indians and married Indian women. According to legend, Conner’s wife, Mekinges, was the daughter of Chief Anderson, however, this has not been proven.

During the War of 1812, Conner became a soldier, scout, interpreter and spy for the government, keeping the Delaware loyal during the war and identifying Tecumseh’s body after the Battle of the Thames.

The Delaware signed the Treaty of St. Mary’s in 1818 to give up their land in Indiana. Conner’s wife and six children permanently left the state in 1820.

Conner remarried three months later to a 17-year-old named Elizabeth Chapman and settled into a brick home on the grounds now known as Conner Prairie.

“Every time I come here it feels like home, knowing I’m connecting (with my ancestry),” Clifton said, while inside the renovated Conner house. “I’m very proud (William) made friends with the Indians.”

“I was really excited to come here and tour (the facilities),” Jason said. “I’m hearing his accomplishments and it’s amazing to be a part of this. I’m excited about what we learned today.”