You are at:Home»Current in Carmel»Carmel Community»Carmel teacher wins math award 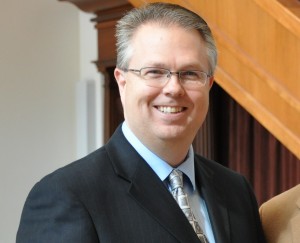 “I think it’s important that the students know you have a deep interest in them doing their best and understand that you are there to help them make connections. I try to impart the love of math and the connections that go with math,” he said. “I just feel incredibly fortunate to teach such a great group of kids each day.”

He won the award for mathematics while a teacher in Greenwood, Teresa Gross, won for science.

The award is given out annually to outstanding science and mathematics teachers throughout the country.

“These teachers are inspiring today’s young students to become the next generation of American scientists, mathematicians and innovators,” President Barack Obama said in the press release announcing the winners. “Through their passion and dedication, and by sharing their excitement about science, technology, engineering and math, they are helping us build a promising future for all our children.”

With a degree in music and philosophy from the University of Indianapolis, Vahle began his career as a church youth director. He returned to college to earn his teaching certificate and began teaching for Carmel Clay Schools in 1993. He has been in his current teaching role since 1999.

Vahle will receive a $10,000 award from the National Science Foundation to be used at his discretion and is invited to attend the official ceremony in Washington D.C. and several days of educational and celebratory events, including visits with members of Congress and the President’s administration.

Vahle and his wife, Janet, who teaches the second and third grade gifted and talented challenge class at Woodbrook Elementary, reside in Carmel with their four children: Jacob and Josh, who are sophomores in college; Kaitlin, a junior at Carmel High School; and Caleb, a seventh-grader at Clay Middle School.

Two mathematics resources Vahle said were valuable tools for parents and students include the Khan Academy Website (www.khanacademy.org) and www.askrose.org.