You are at:Home»Current in Carmel»Carmel Community»Carmel students post perfect ACTs

Christine Wang, a senior at Carmel High School, and David Liang are in the top .04 percent in the nation. They both achieved a perfect score of 36 on the ACT, the national college admissions and placement test, according to Jennifer Marlow, CHS science department chair and chemistry teacher. 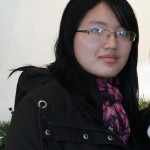 Marlow said 1.2 million students take the ACT each year and the average score is 21.1.

Wang said she was surprised when she saw her score because she thought parts of the ACT were more difficult than the SAT.

“I’d already done fairly well on the SAT, so I was thinking I could get a corresponding score on the ACT. However, I was considerably less familiar with the ACT and thought some parts of it were more difficult,” she said.

To prepare for the ACT, Wang started studying about three weeks before the test for three to four hours each week.

“I studied mainly by checking out a practice book from the library and going through practice tests,” she said. “I did have a class that involved test prep, but that was similar, since we mostly just went through questions from the Princeton Review.”

She added that her parents were an important influence because they pushed her to study and do well.

“In terms of studying for the ACT, or the SAT or any other standardized test, I would probably say start early, figure out what you’re good at and what you need to work on, and do a lot of practice tests,” she said she would advise future test takers.

In terms of studying for school, Wang’s advice is to start early and don’t fall behind, but if there is too much to do with too little time, know how to pick your battles. Study what you really don’t know or don’t get and skim over what you are already familiar with.

At CHS, Wang has participated in Model United Nations, as well as academic competitions with the Economics Team, Academic Super Bowl and Science Olympiad. Outside of school, she volunteers at the Humane Society for Indianapolis.

“In my free time, I like reading and creative writing. I also enjoy folding origami,” Wang said.
She plans to attend the University of Chicago or Yale University and pursue economics and history. Graduate school is also in her future plans as she is considering a career in academia, business or law.

Liang wasn’t available for an interview before the story was filed.