You are at:Home»Current in Zionsville»Big on service, bigger of heart 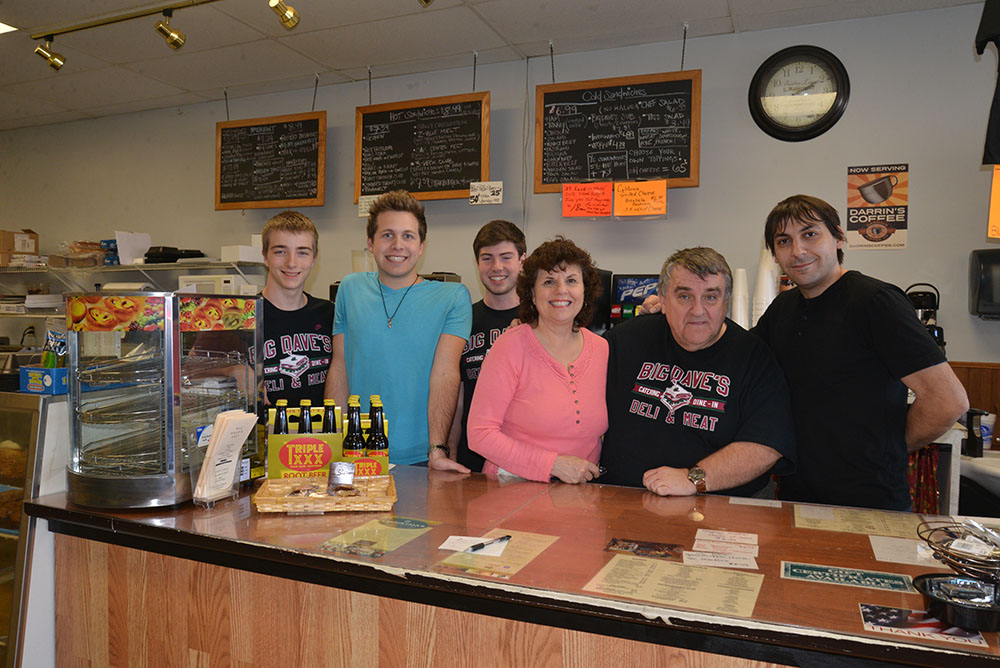 Big Dave is known in these parts. 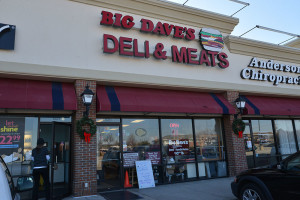 The meats his delicatessen serves are, in a word, unbeatable to many, and his heart is a big as all outdoors, according to his employees and customers who have followed him from Indianapolis to Zionsville to Carmel and back to Zionsville the last three decades.

Dave Chapman, 66, has been slicing his way to a loyal following for 14 years from his restaurant, Big Dave’s Deli, 1225 W. Oak Street.

Chapman arrived in Zionsville in the late 1980s when a friend told him there was a job opening as a butcher for the former Quik Check Market (it’s now an antique mall) on Main Street. It was there his reputation of excellent customer service began evolving, and word got out to locals and celebrities. Big Dave has a story and a memory of all of them.

“I drove up here, and had never been to Zionsville before in my life, I had never worked in a small town and I enjoyed it immensely,” Chapman said.

Working at the Quik Check Market until it’s closing in 1994, Chapman went to work for O’Malia’s Food Markets in Carmel. Many Zionsville residents followed him for his customer service. “I worked there four years and it was my customers that brought me back to Zionsville,” he said, sitting in a booth at Big Dave’s, where he is most at home. “‘Come back to Zionsville,’ I heard all the time, and was told that the woman that owned a bagel store wanted (to get) out of her business. I called her, and she said, ‘Bring me the money tonight and I’ll give you the keys!’”

So Big Dave purchased the former DiAmico Bagel shop, moved back to Zionsville and opened Big Dave’s Deli in August 2000.

“Zionsville is where I wanted to be. I love everything about this town. It’s small and the people are wonderful,” Chapman said. “This community has embraced me, supported me. Way back in the day, I would go to The Friendly Tavern on Thursday nights when I knew all the locals would be there, and I took a pad and would be eating my dinner and many customers would come up to me and say, ‘Oh, Dave, would you cut this for me, and or order something special?’, and by the time I left on Thursday evening, I had Friday’s business day of orders,” he said.

His ‘50s-themed deli is the definition of that small-town, homey diner that serves up comfort food with a smile, and where the owner and staff know their customers by their first names. 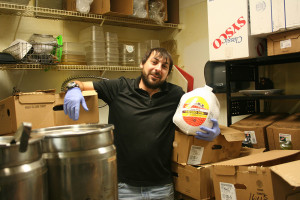 Martin Klekovski in the meat cooler with hundreds of turkeys before Thanksgiving. (Photos by Dawn Pearson)

Big Dave’s heart is as big as his nickname. Just ask any of his employees.

Martin Klekovski, is Chapman’s right-hand man and said they met by accident, and because of Dave’s kindness.

“I walked in here one day, the very day I got my green card, and I thought I would just go to Big Dave’s and have a cup of coffee to celebrate., Klekovski remembers. “He (Big Dave) asked me if I needed a job, so I gave him my phone number and said, ‘Call me,’ and started working the next day and have been ever since 2007. We work well together. Dave works well with anyone.”

Chapman calls himself Martin’s American dad, and now Klekovski is an American citizen.

I’ll gladly pay you Tuesday for a hamburger today

Doreen Supan followed Chapman from O’Malia’s and has worked for him since he opened the doors. “Dave and I go way back and all I can say at the end of a day is that Dave really puts himself out for a lot of people,” she said. “If someone doesn’t have any money to pay today for their meal, he gladly feeds them till they can pay him.” Klekovski added, “Sometimes he’s paid back, and sometimes … well, it’s OK.”

Supan told a story about one very cold day when eight construction workers came in for lunch. Only five of them had lunch money and three of them just came in to get warm. Chapman served the three lunch and thanked them for their hard work.

“He had a great heart. He’s good people,” Supan said.

Their team work,s too. Chapman has a “house mom” in Supan. “She never complains, and keeps the place from falling apart,” he said as all three were laughing.

And Zionsville residents speak of his customer service.

Jane Bruce has been one of his customers since his days at the Quik Check Market. “Janie came in for lunch just before Thanksgiving and I had to remind her of her annual oyster order and her cranberry relish. She said, “Oh, Dave, how would I have the holidays without you?” 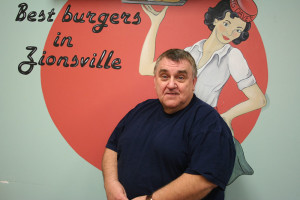