You are at:Home»Current in Carmel»Carmel Community»Author targets books for teens 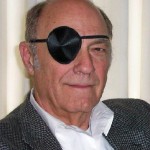 Have you ever dreamt about what it would be like to live on another planet where sexual inhibitions don’t exist?

Carmel author Jim Thompson transports us to another planet where sexual inhibitions do not exist in his latest science fiction work, “Josh and the Cargan.” Thompson, who writes under the pen name M. L. Hollinger, has published two books and has more in the works.

“‘Josh and the Cargan’ is a story about a contemporary teenager who’s suffering through the same problems all male teens encounter,” Thompson said. “After his eccentric great grandfather dies and the will is read, all the great-grandchildren receive money. But Josh gets an old statue.”

The protagonist is clearly disappointed but doesn’t realize this statue is a virtual magic carpet, possessing mystical powers of travel to destinations in outer space. Eventually the main character finds himself on another planet, meets a girl there and discovers this planet exists for vicarious sex, said Thompson of the book’s plot. 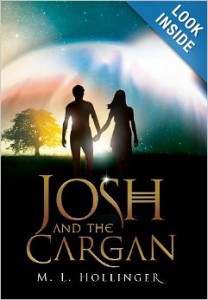 Like most red-blooded teenage boys, the character of Josh feels he has hit the jackpot. But there is more depth to the book which provides additional adventures and teen dilemmas throughout, Thompson said.

Thompson said he was bitten by the science fiction bug at an early age.

“I’ve loved science fiction ever since age 10 when my grandmother gave me a book called ‘Rocket to the Moon.’”

After graduating from Purdue University with a degree in aeronautical engineering, Thompson spent the next 23 years in the U.S. Air Force. Most of those 23 years were associated with the U.S. space program, and he spent two years serving as the Air Force liaison officer for the space shuttle program.

Becoming a science-fiction writer was a natural fit for Thompson, and he has plunged head-first into the field since retiring.

His advice to budding authors is, “Keep at it, develop a thick skin and don’t get discouraged.”

Copies of “Josh and the Cargan” also are available at the Barnes & Noble store in Greyhound Plaza and online at www.amazon.com.