You are at:Home»Current in Carmel»Fact-finder rules against teachers union in 2013-14 contract dispute 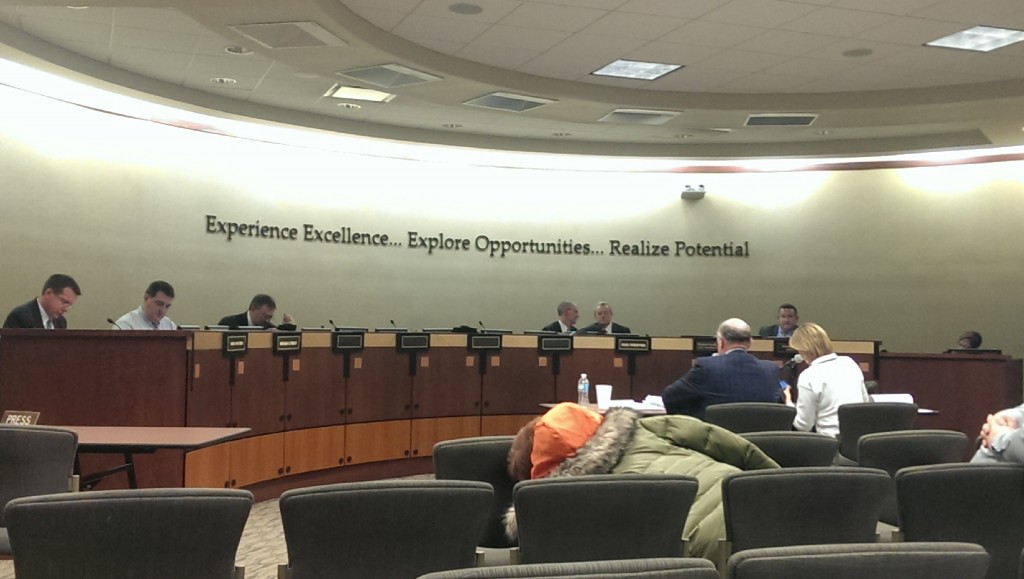 The Carmel schools administration and teachers union put forth opposing versions of a 2013-14 contract during a fact-finding hearing on Dec. 13 that began more than three hours late as the two sides continued to try and reach an agreement. (Staff photo)

It appears that after more than a year and a half of near constant negotiations, lawsuits and state-mandated mediation, the contract disputes between Carmel schools and the teachers union may get a brief reprieve.

A state appointed fact-finder, Sandra Jensen, has determined that the “last best offer” contract proposed by the Carmel schools administration will be applied for the 2013-14 school year.

According to state law if the contract negotiations that began in August did not result in an agreement, the negotiations had to go to mediation. Once mediation failed after Carmel teachers voted to reject the administration’s “last best offer” contract, the two sides had to submit last best offers to a fact-finder, which is similar to an administrative law judge.

In this dispute Jensen applied the administration’s contract because she found the teachers union’s contract would put the school district into deficit financing, which is not allowed under new state laws passed in 2011 that restrict what the two sides can negotiate over in contract talks.

Brian Lyday, president of the teachers’ association and a fifth-grade teacher at Towne Meadow Elementary School, said the union hasn’t determined whether to appeal the fact-finder’s ruling to the Indiana Education Employment Relations Board. But he said that Carmel schools’ consecutive failures to substantially increase teachers’ pay could result in teachers leaving the district for others that pay more competitively.

But in both contract decisions, possible additional teacher raises were eliminated by state requirements once the disputes entered fact-finding.

“The School Board and the administration have been trying to provide larger increases in salaries and benefits to teachers, but since we have been unable to reach a negotiated agreement with the union, the law has required us to provide far less to our teachers than we would like,” said Carmel Schools Assistant Superintendent Roger McMichael. “The board and the administration remain very supportive of our teachers, but we are extremely frustrated that due to the lack of a negotiated agreement, we have been legally prohibited from providing teachers with the salary and benefit increases we think they deserve.”

The contract that will be applied for 2013-14 will give teachers a 1 percent salary increase, a bonus pool of $200,000, an increase in personal days from two to four, will maintain the current short-term disability policy and will reinstate the salary schedule below.

NOTE: The letters in the salary schedule roughly correspond to years of experience, but because no schedule was applied to the 2012-13 contract, they would be missing a year. 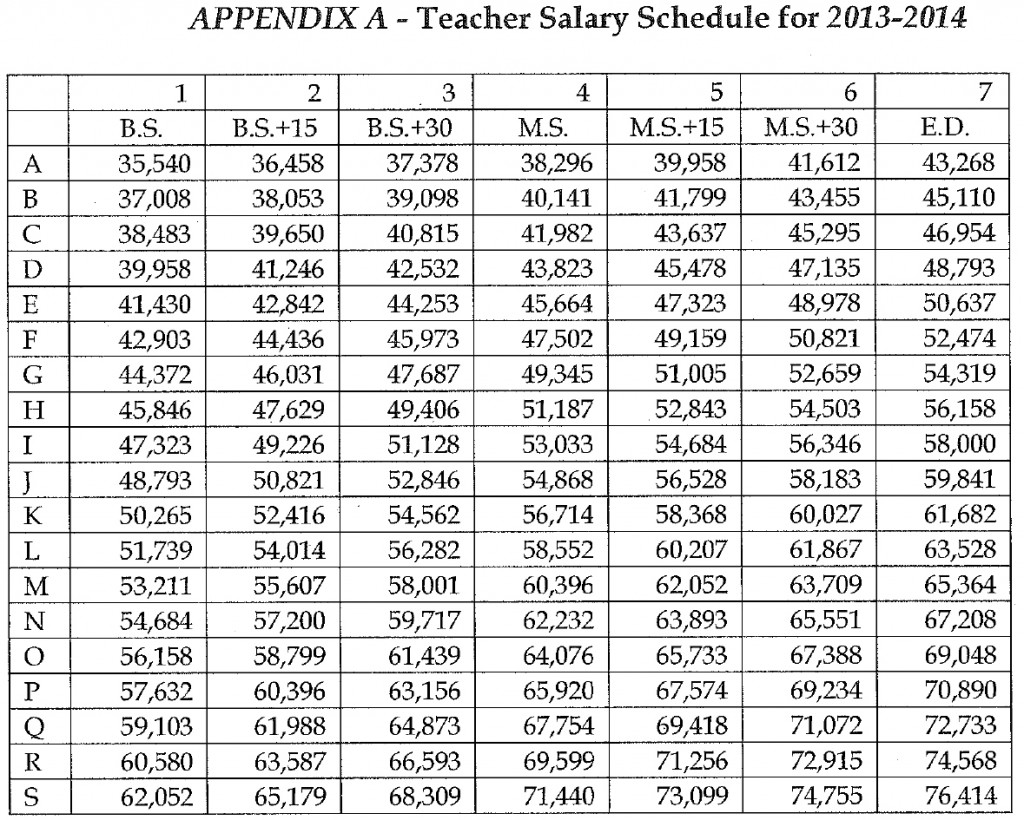