You are at:Home»Current in Carmel»Looking ahead to 2014: Parks experiencing rapid growth

When Mark Westermeier was hired 10 years ago as director of Carmel Clay Parks and Recreation, there were just eight full-time employees. 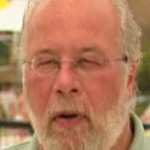 Fast forward to 2013 and there are now 62 full-time staff members and a total of more than 600 part-time and seasonal workers – all busy with projects.

“It’s been a flurry of activity,” Westermeier said. “We’ve purchased additional land, built things and just taken the park system to a higher level than when I came on board.”

Don’t expect that to change. 2014 will see a number of projects kicking off.

“Right now we are in the process of new construction at Founders Park of a building that has two purposes. We have designed it pretty much to accommodate day camps for us – with the plan this spring to get it open and ready for occupancy and then this summer have 200 kids there for camps,” Westermeier said. “Because of the location at Founders Park, we have a pond area and some trails and that lends itself to nature-type camps. And we also have sports fields that were just finished this fall so they will be ready for kids for sports camps and we already have a wonderful shelter and playground there so we can provide tremendous opportunities for summer camps.”

Another project launching in 2014 is a dog park at 116th Street and Westfield Boulevard on property in Central Park.

“The permitting is done so really we are ready to start going on construction in the spring and the goal is to open mid to late summer – weather dependent,” Westermeier said.

Passes for the first phase of the dog park will be limited initially but additional plans call for an expansion down the road.

“The goal with it is if we get one into the community then that would give us momentum and push from residents to actually focus on two other dog parks – one on the west side and another on the east side,” Westermeier said.

Look for construction in the fall of 2014 on a playground in Central Park – but not just any playground, Westermeier said.

“It is going to be like none ever seen in this part of the country. The vision we had is for kids of all ages and abilities and needs to be able to use it,” he said. “It will have little cave areas under some of the walkways so if a child who is, say autistic, or just feels overwhelmed then they will have a quiet little place to go and regroup. All of our playgrounds we are developing have that in mind.”

When the park isn’t in use at night it will be uplit and look like art, he said.

“It is absolutely astounding,” he said

The park won’t open until mid to late summer of 2015 and will be able to accommodate 200 children at one time. Future plans call for a spray park to be added to it.

“We have such a tremendous amount of projects going right now and it is fantastic,” Westermeier said. “What makes my job so great is the support of programs we can develop and support from elected officials to develop what we can. It’s what sets us apart from others in the state – community support – it is just fantastic. And, we have great staff too.”