You are at:Home»Current in Carmel»Looking ahead to 2014: Legislators hope for quiet session

After tough fights over redistricting and right-to-work legislation in recent years, most  legislators are hoping for a quiet session. 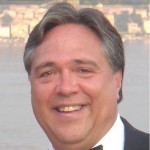 Some Republican priorities during the 2014 legislative session are to improve early childhood education, create programs for workforce development and shrinking Indiana’s skills gap and also finding additional sources of revenue for road funding.

It appears that a new means of funding mass transit and a new version of its application may be up for debate after a legislative committee approved a new plan in November.

The Central Indiana Transit Study Committee thinks an income tax on residents and a corporate tax would be enough to fund a mass transit system that would only rely on user fees to fund a quarter of its operating costs.

“I’m not particularly thrilled with a new corporate tax,” Torr said, but he did note that the Carmel Chamber of Commerce supports the idea of a mass transit system and that employers think it would help get employees to Carmel jobs.

The mass transit scope and application are still being negotiated, Torr said, but it’s likely any plan will rely heavily on increased bus service complemented by rapid bus transit.

Torr said the legislature is unlikely to tackle any sort of TIF reform this session.

But that doesn’t mean it lacks a divisive issue.

A proposed amendment to the state constitution that would define marriage as only legal between a man and woman and make gay marriages conducted outside state borders meaningless in Indiana is sure to raise some hackles.

Torr hasn’t formulated a course of action yet in regard to the proposed amendment.

“If we pass the resolution, it would cost tens of millions to be spent on a divisive issue,” he said, noting that he thinks it’s probably best to leave it alone.