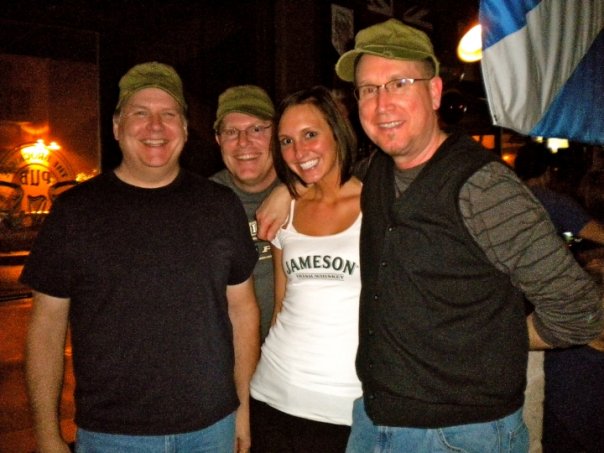 People ring in the New Year at Brockway Pub in Carmel. (Submitted photo)

Of all the holidays that Carmel celebrates well, New Year’s probably doesn’t rise to the top of the list.

There are no city sponsored fireworks displays, no ball drop and no large public festival.

But if anyone is looking to get out of the house and celebrate another year’s passing, there might be no better place to do it than the local Irish pub.

The bar plans to have its first New Year’s Eve toast at 7 p.m. to coincide with the arrival of 2014 in Dublin, Ireland. An Irish band will play throughout the night, there will be food specials and another rowdier toast at midnight.

Detour in downtown Carmel next to the Monon Trail also is planning for a festive evening.

A band called The Generator will play from 10 a.m. until 1 a.m. and there will be a champagne toast at midnight. The drink special will be $4 Long Island Ice Teas and there are no reservations needed as long as your party is less than 5 people.

Many local restaurants like Woody’s, Divvy or Grille 39 are planning special New Year’s Eve menus without all the formality of a planned event. Hubbard and Cravens in City Center is even offering a 50-percent-off special on all wines.

But restaurants can fill up quick, so it’s always wise to show up early or request reservations if they’re available.