You are at:Home»Current in Carmel»Carmel Cover Stories»Tesla opens store at Fashion Mall 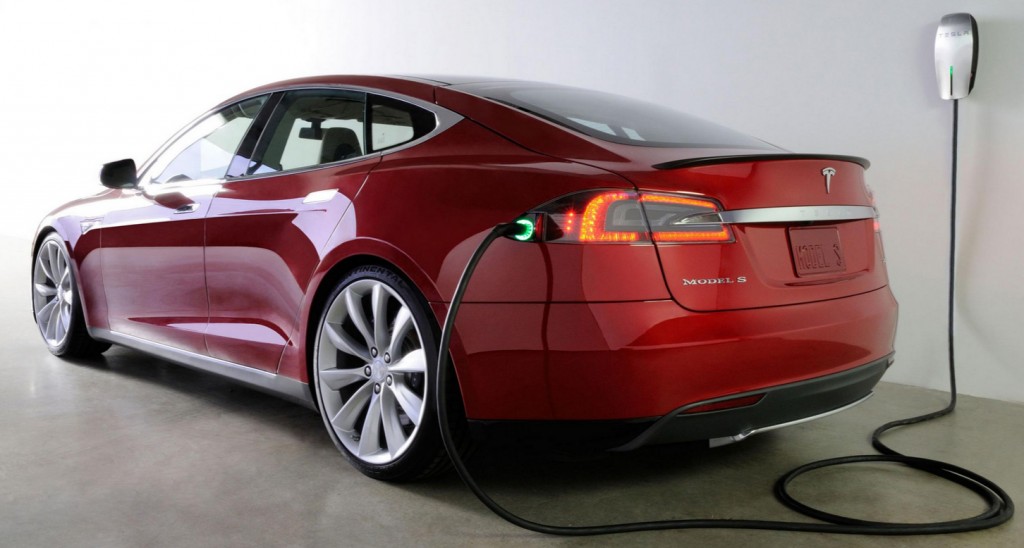 Tesla Motors, the California-based maker of the Model-S electric car, opened its first Indiana store at the Fashion Mall at Keystone at the Crossing on Dec. 13.

Unlike traditional automotive dealerships, Tesla stores invite customers to learn about electric driving with enticing visuals, interactive displays and a design studio where customers can create their own Tesla.

And, yes, the car is also available for test drives.

“This store is not your traditional dealership. This is not a high-pressure sales environment. You can’t buy a car today and drive off with a Tesla. We don’t keep any inventory here,” said Alexis Georgeson of Tesla. While orders can be placed in the store, each car is built to order at Tesla’s manufacturing plant in Freemont, Calif.

“Each customer has the ability to customize their car to fit their lifestyle. Delivery can take three weeks to three months,” she said.

“We recommend that owners install a 240V outlet (like an outlet used for a clothes dryer) in the garage, which allows for a full recharge in an eight-hour period,” Georgeson said.

There are currently existing recharging stations in Carmel at Clay Terrace and downtown on West Main Street. Another 27 are located within a 25 mile radius of Carmel.

The Tesla Model-S has a slick, impressive design. Test driving for the first time, most people will be amazed by its responsive, rocket-like acceleration ability to go from 0 to 60 in 4.2 seconds.