You are at:Home»Current in Fishers»Thieme: Trumpet, livestock rate 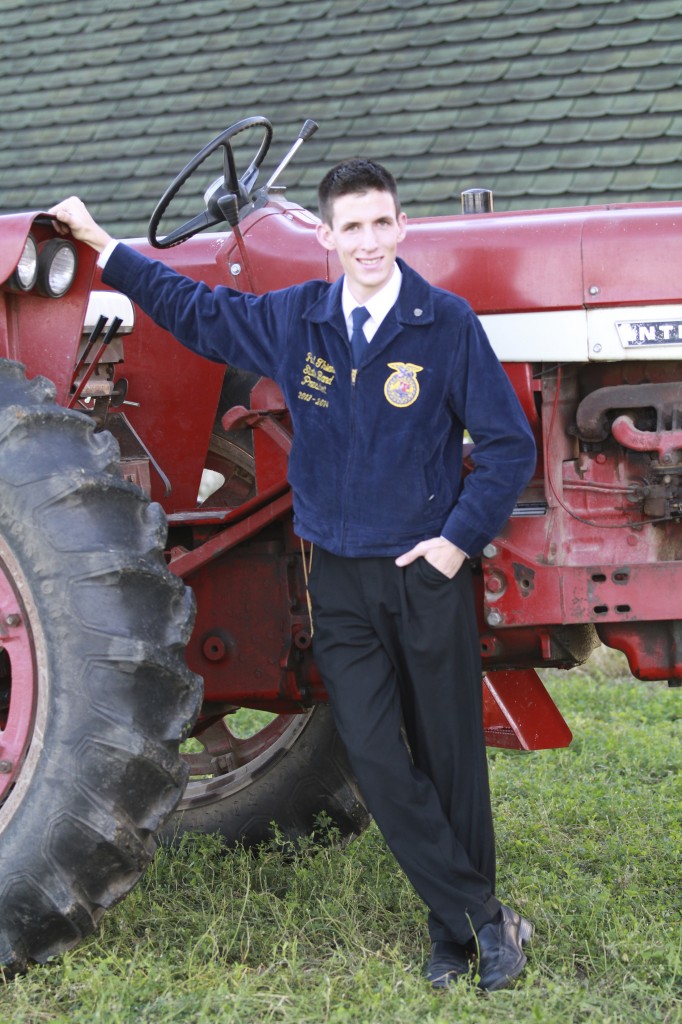 “I figure that I can make a difference by … bringing out the talent in others through FFA,” said HSE High School senior Paul Thieme.

You don’t have to look hard to recognize a born leader in Hamilton Southeastern High School senior Paul Thieme. His voice possesses the articulate confidence of someone who is mature beyond his years and comfortable in the spotlight. Thieme was selected to be one of the 87 members of the band that performed at the National Future Farmers of America Convention, held recently in Louisville.

When told he doesn’t sound like an 18-year-old, he laughed saying, “I often get told I have a radio voice.”

Thieme is committed to the FFA and its mission. He is currently the Indiana FFA Band President and an FFA Executive Committee member.

“My passion for FFA was sparked by the realization that the agricultural community is faced with some very challenging tasks between now and 2050, which include feeding an ever-expanding world population.”

Participating in the FFA convention required a lot of preparation. Selected from hundreds of student auditioners, Thieme practiced his trumpet an average of eight hours per day prior to his performances. He’s no stranger to that kind of discipline. During the two weeks he attends marching band camp each summer, he practices about 12 hours each day. The long practice hours for the convention were a necessary challenge because of the Kentucky Exposition Center’s size.

“You have to fill the room with your sound. It requires a lot of breath support and control in your armature.”

Paul says of his dad “You wouldn’t expect [an executive]to have chickens and cows at the same time. I often compare him to Mr. Douglas in Green Acres.”

How does Paul plan to use his leadership skills?

“I figure that I can make a difference by applying myself and bringing out the talent in others through FFA.”