You are at:Home»Current in Carmel»Recycling program hits milestones 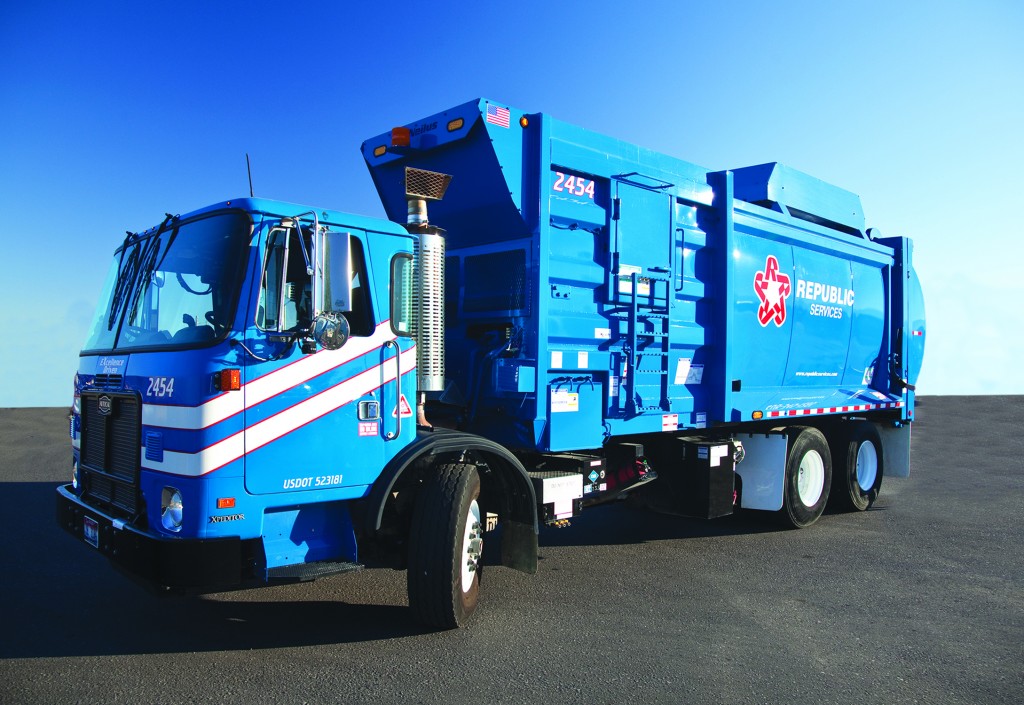 Nearly 80 percent of households have begun recy- cling in the past year. (Submitted photo)

It’s been one year since Republic Services took over citywide curbside trash and recycling collection for Carmel residents and from all indications, the city’s carbon foot print has gotten smaller thanks to increased recycling, energy-friendly trucks and lower monthly bills.

This year Carmel became the first community in central Indiana to reach an important milestone in collections with one hundred percent of the collection trucks operating in the city powered by compressed natural gas. The accomplishment meets Mayor Jim Brainard’s vision for making meaningful carbon footprint reductions whenever possible, according to Knocke.

“These new trucks replaced older diesel-powered trucks. They represent a significant reduction in ozone-forming emissions, as well as safer, quieter and more efficient operations. It is another example of how the city is creating a cleaner and healthier community for future generations.”

Carmel resident Robert Jochum, a former Waste Management customer, said, “My bill with the new citywide service is approximately one-third of what I was paying Waste Management.”

“The transition has been smooth, and in just one year we’ve already hit some key milestones,” Knocke said. “Going into the contract, the city’s goals were to decrease costs, minimize the number of trucks on local roads and increase overall recycling participation.”

Today, Knocke said homeowners are saving between $2 and $15 per month from previous recycling operations.

And residential recycling participation has increased from 30 percent to 80 percent.

“In fact, we are partnering with the city to expand its recycling program to small businesses, enabling eligible small businesses to save on their monthly collection bill while contributing to the local environment,” Knocke said. “It’s win for all involved.”

Jochum estimates that two-thirds of his trash is now recycled, excluding yard waste.

Knocke said that the increase in recycling efforts by Carmel residents is significant considering that the average American household of four throws away nearly 125 pounds of trash weekly.

“During this time of year – holiday season – we throw away as much as 25 percent more trash than normal. Carmel residents should feel proud that they are making a difference in their community and protecting the local environment for generations to come by diverting items that can be reused or recycled from the waste stream and eventually from a landfill,” he said.

The Indiana Recycling Commission recently commissioned the Bowen Center for Public Affairs at Ball State University to do a study that showed Indiana’s recycling industry is a grossly underutilized jobs resource and even an incremental increase in recycling could create 10,000 new jobs in Indiana.

Knocke says there’s no question that recycling is a growing industry, and for all the right reasons. Republic currently employs more than 60 individuals in recycling operations serving central Indiana.

For more information on rates and recycling visit www.carmel.in.gov.