You are at:Home»Current in Carmel»Carmel Cover Stories»Carmel man named new face of Just For Men 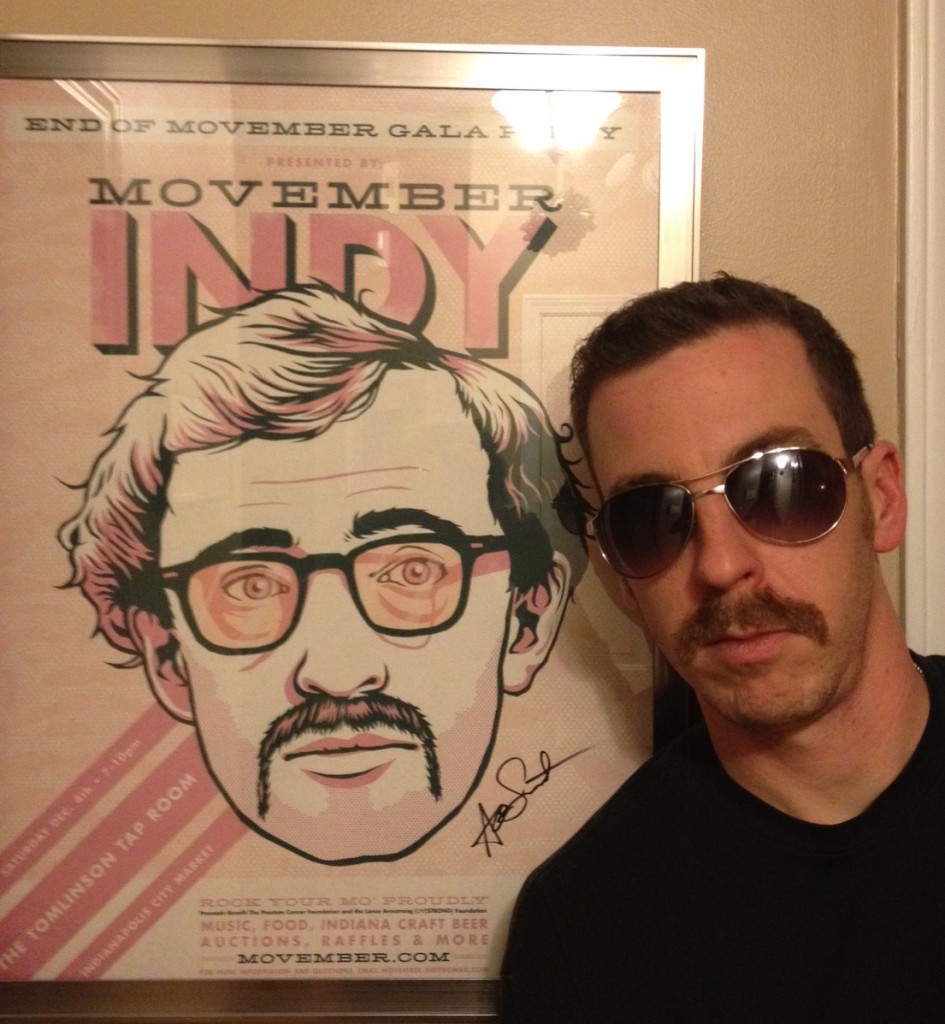 Mustachioed Carmel resident Mike Sale didn’t set out to become a male model when he grew a mustache to support cancer research. But nevertheless, Just For Men took notice and selected him to be one of the faces that represents their brand.

The company sponsored a social media contest where people were allowed to vote for their favorite mustache, and Sale was named the contest winner Dec. 11.

But fame and fortune wasn’t what Sale was trying to achieve.

For Sale, it was all about preserving the memory of his father, who was only 55 when he was diagnosed with cancer.

“He was a friend to all, and he had a laugh that ripped through the room,” Sale said.

So this past November, Sale decided to again participate in “Movember” – a project where men grow moustaches beginning on Nov. 1 to raise funds and awareness to combat prostate and testicular cancer in the United States.

Movember also is an inspirational platform for men to be able to speak freely and to facilitate tough conversation as it relates to men’s health issues.

“We plan to be here for a long, long time, growing stronger every year through donations and events,” Sales said.

His Movember team started in Carmel and grew throughout the United States. Sale came up with his team’s name, “Big Mike’s Stach,” and has raised over $40,000 over four years.

“(Just For Men) had a contest, and I submitted my picture because I used their product on my mustache,” Sale said. “(It) was a fun extension of my Movember experience.”

For anyone who has been touched by some form of cancer – whether it has been a friend, family member or a distant relative – it can be moving to listen to the passion Sale uses when describing for his Movember team.

“Locally we get together for events hosted by Sun King and Flat 12 Brewery, who have helped with the fundraising and participation in growing their own mo’s,” he said. “This has been a unique way to start a conversation in an uncomfortable arena, and the inspiration just keeps growing.”

Sale, originally from St. Louis, started his Movember group six years ago by gathering friends and family with his Delta coworkers in Carmel. He even motivated people from around the country to join, as well.

The men start Nov. 1 clean shaven. For the rest of the month they groom their way into to fine moustachery, shave and begin growing a mustache for the entire month of November.

The change is hard to miss – and that’s the point.

From there the men participating are encouraged to talk about early cancer detection, diagnosis and effective treatments to hopefully reduce the number of preventable deaths.

Prostate cancer is the most common deadly form of cancer in men, according to the Centers for Disease Control.

“I am proud and excited for my story (and my mustache) to be a tool in the continued growth of Movember,” Sale said.