You are at:Home»Current in Zionsville»True-Blue Friend 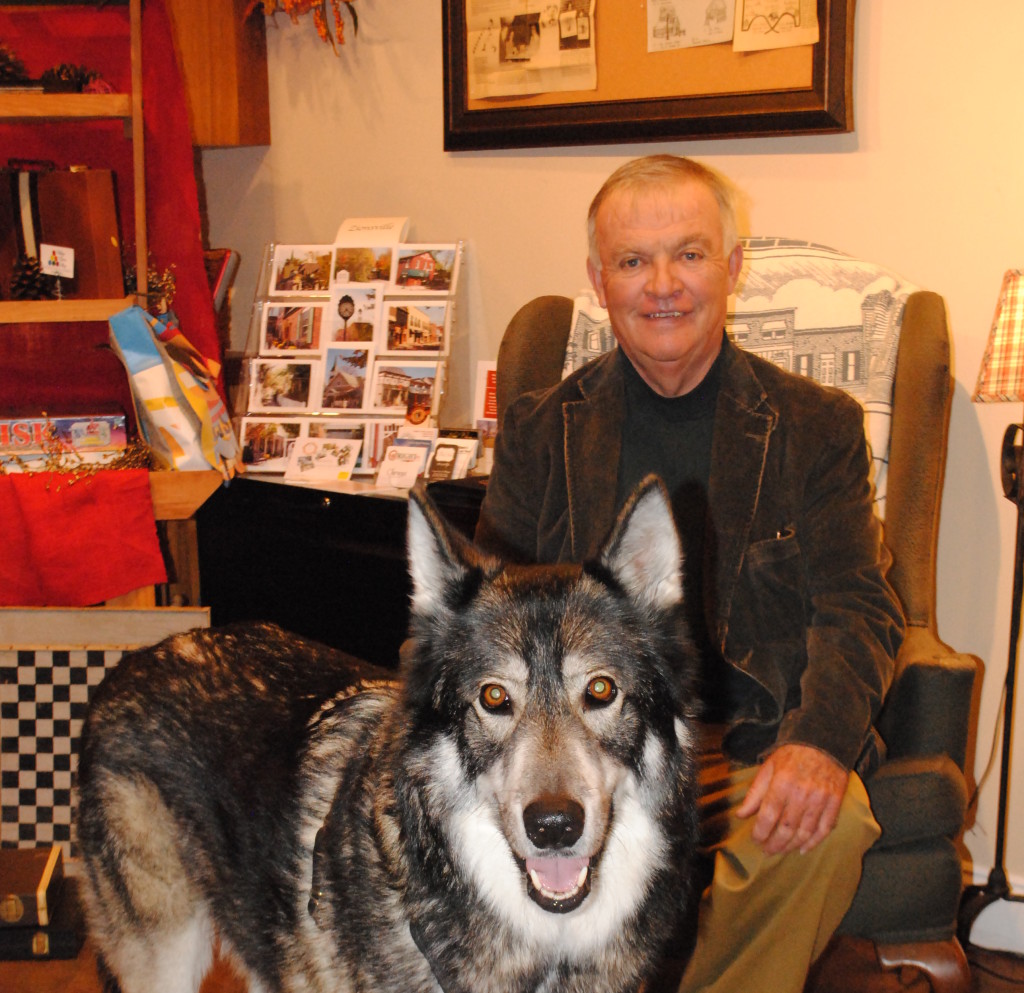 In his retirement, Gary Stevenson, fulfills his boy hood dream of raising a wolf

“We have doomed the wolf not for what it is, but for what we have deliberately and mistakenly perceived it to be…” Farley Mowat, “Never Cry Wolf.”

As a young boy, Gerry Stevenson enjoyed family vacations to Yellowstone and Glacier National parks. On any given day there, he remembers seeing six or seven different packs of wolves traversing through the land and their beauty and gracefulness began his fascination.

“I also read Jack London’s novels beginning with ‘The Call of the Wild,’ and my desire to know more about these amazing creatures never died.”

It wasn’t until his adulthood that he actually made contact with a wolf. Disclosing to a friend his interest in wolves, the friend invited Stevenson for a round of golf at the Wolf Run golf course in Zionsville, where he introduced Stevenson to the owner, the late Jack Leer. The golf course was conceived and developed by Leer and included a large fenced in area where 22 wolves made their home. A fast friendship was made between Leer and Stevenson, and Stevenson shared his desire to own a wolf for himself. Leer’s advice for Stevenson was think about ownership once he retired because socializing a wolf requires more time and patience than a domesticated dog. 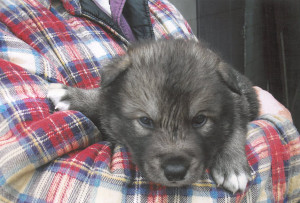 Bringing Blue home from the breeder.

Stevenson retired in Dec. 2007, and two months month later chose an 8 pound Arizona Mountain wolf from a breeder in Ohio. He named him Blue. Stevenson enrolled Blue in a six week obedience school where wolf pups are trained in observational learning; which does not require reinforcement of behavior, but a model. A wolf will observe, remember and immitate. Confirming this, Stevenson said, “Wolves are harder to train, but retain their training longer. Blue has watched me open the latch of the igloo water cooler so many times, he can do it himself. ”

Remembering the advice from Leer, Stevenson worked patiently and persistently with his wolf. “Sometimes it felt like I was on call 24/7 and many nights’ sleep were lost,” he said. Approaching his sixth birthday, Blue’s socialization is very comprehensive.  He has even appeared on stage with the Hendricks County Symphony in four performances of “Peter and Wolf.” Blue has won first place in the Zionsville pet parade twice; once in costume as a sheep. One of Stevenson’s favorite parts of owning a wolf is educating children about the common misconceptions of wolves. As ambassadors of goodwill, Stevenson and Blue are invited into the classrooms of the Zionsville elementary and middle schools where students and teachers alike interact with the friendly wolf; not the “big, bad wolf.”

How life has changed 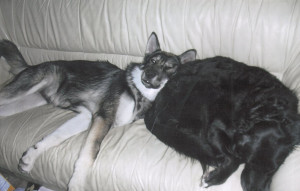 “Constant companionship” is how Stevenson describes his relationship with Blue.

“Everywhere I go, I consider how Blue will be received. Careful planning is my routine. I look for places that will accept dogs; outdoor restaurants, hotels, and such. Yes, I get curious looks and comments, but once they see how docile he is, Blue becomes the center of attention. I enjoy fly fishing and he comes with me. I find places I can travel by car so he can pop his head up through the sun roof; which always brings smiles and waves from the neighboring cars.”

Local Zionsville residents and shopkeepers have become so familiar of Blue, the nickname of “Blueboy” will capture his attention.

“Many visitors who come into the Welcome Center, where I volunteer, will see Blue sitting on the floor next to me. First, his size may startle, but his demeanor always captivates. I am always willing to talk about my love of this animal and share my knowledge of wolves’ culture and history. Blue enriches my life. Everything makes him happy, and that, in turn, makes me happy.”