You are at:Home»Current in Westfield»Kokomo trip an eye-opener 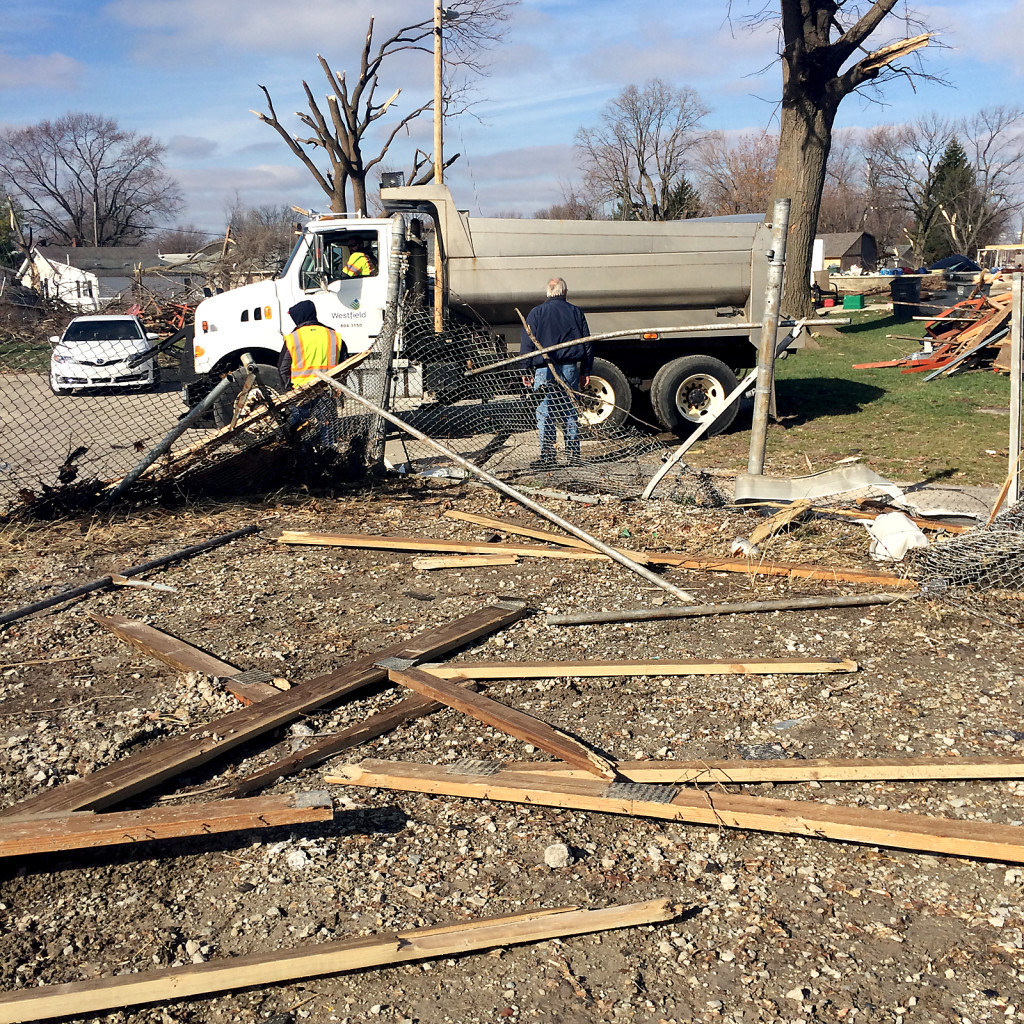 It was splashed across the news. Dozens of tornadoes twisted their way through Indiana and Kokomo was a target. As the images of the damage done in Kokomo scrolled across my TV screen I felt something had to be done and I wanted to reach out in some way. So when Public Works Director Ken Alexander asked if I would help there was no hesitation.

My team consisted of two other employees from the street division – Brad Prater and Josh Pickett. Brad and I left early Tuesday morning each driving a City of Westfield dump truck. Josh went a little later that day with a Westfield back hoe that was hauled to Kokomo by Harvey Construction (they were nice enough to donate their time).

Once we got to Kokomo we were put to work. A tornado plowed through one neighborhood and part of that devastation was a home pushed onto a busy thoroughfare. Soon after, Kokomo crews pushed the debris out of traffic, but there was a lot of clean up left to do.

As my team hauled what was left of the house to a dump, the homeowner was trying to sift through her belongings. Volunteers helped as they searched for a wedding ring, priceless jewelry and even two loaded pistols.

Although her home was destroyed, her life strewn across 500 yards for strangers to pick up, the woman spray painted on a mattress in front of what was left of her home “God is Good.” It’s something I will never forget.

While my crew worked three solid days in Kokomo on just one home, it wasn’t enough. The images I saw in person were far more heartwrenching than what I saw across my TV screen that fateful afternoon. I just hope if I’m ever in a similar situation I can have as much courage and faith as the woman I met had.

Travis Stetnish is a City of Westfield foreman. He can be reached at tstetnish@westfield.in.gov.