You are at:Home»Current in Westfield»Coach made men of players 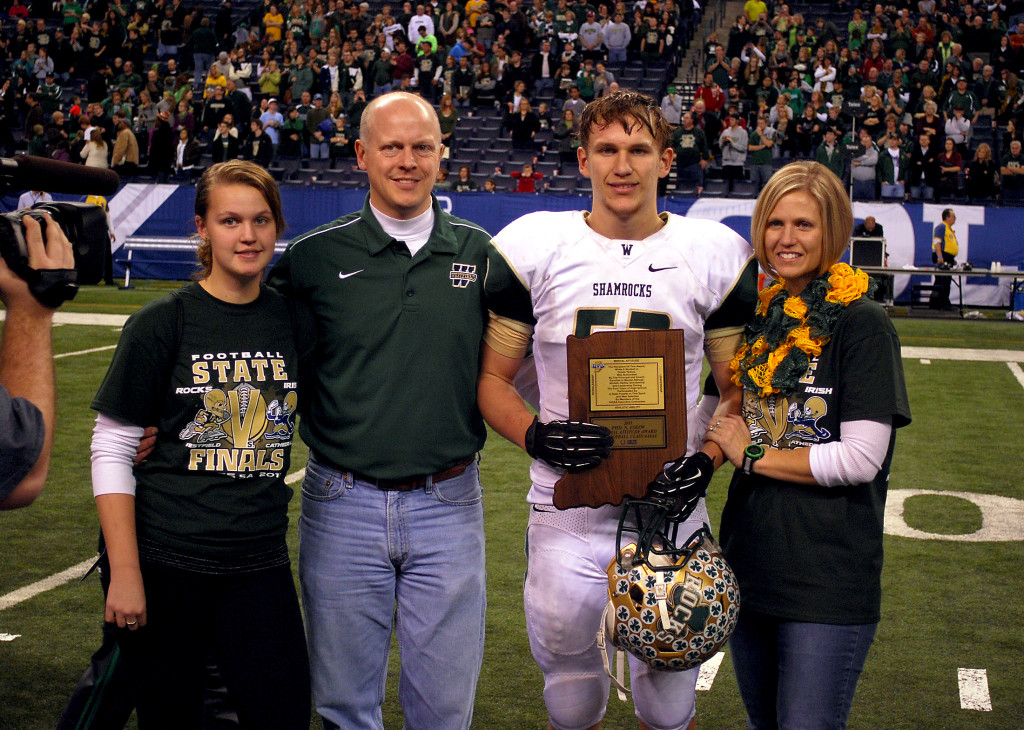 As the parent of a senior on the Westfield High School football team, I wanted to publicly thank Jake Gilbert, the head coach. In his three years at Westfield, he has taken a team that at one time lacked confidence and success and transformed it into a conference champion and state 5A runner-up with expectations for great things in the future. Certainly a lot of credit goes to the players for the work they put in, but the coaching staff should be commended for their efforts as well, and Jake Gilbert is clearly the catalyst and the driver.

That-said, my strongest appreciation is that of a father, rather than of a fan. For all his qualities as a coach, manager, organizer and motivator, Jake Gilbert is also a great mentor and an incredible man. Those whose sons have played under Coach Gilbert have witnessed his unwavering commitment to the priorities of faith, family, school and then football. He insists the boys have their priorities in line, and he and his staff also model the same behaviors. In addition to developing the hard work, pride and confidence which are commonplace in any sports organization, we have seen the even more important development of character, perseverance, family, faith, charity and service instilled in our young men.

I am so thankful to have had such a fine role model and mentor for my son through his high school career. I have watched as he has grown into a fine young man, and I can see quite clearly the impact Jake Gilbert has made on him and on the other players as well. Westfield should consider itself blessed to have such a fine man at the helm of its football team and playing such an important role in its community.

Coach Gilbert, I know I speak for many other parents as well when I say thank you for such a great season, but even more, I thank you for helping to mold the man that my son has become. God Bless You for that.