You are at:Home»Current in Westfield»2013 State of the City Address 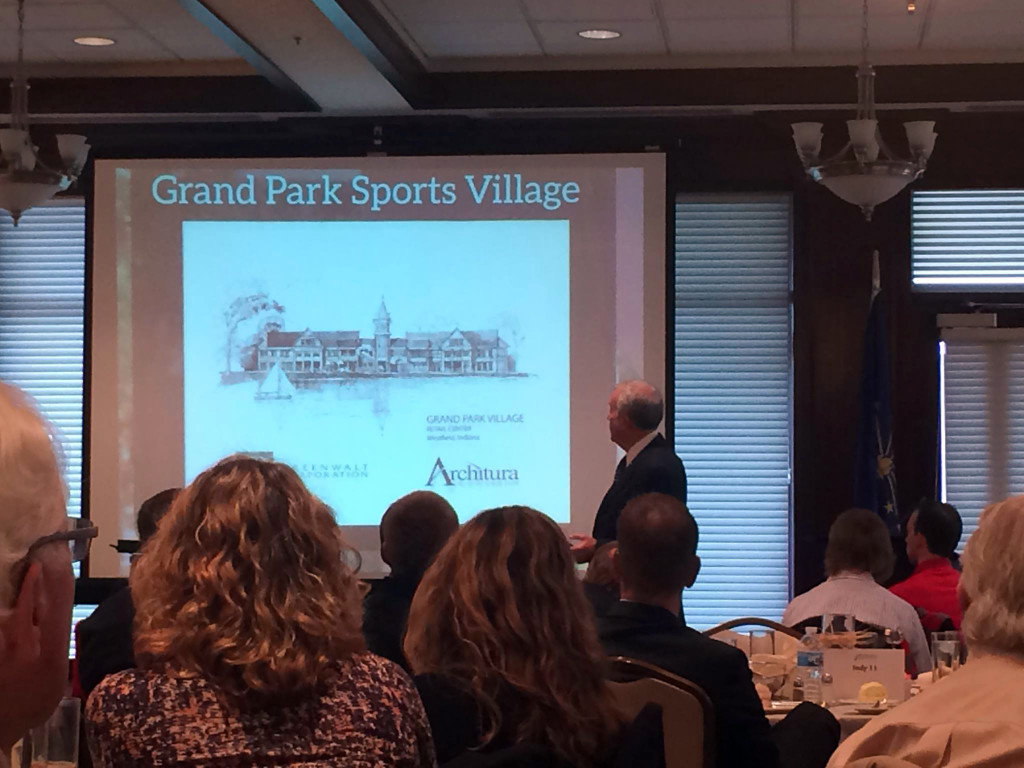 Mayor Andy Cook gives his annual State of the City speech to the Chamber of Commerce members. This year’s theme was “Westfield, where you want to be.” (Submitted photo)

Westfield Mayor Andy Cook recently presented his annual State of the City address to more than 200 Westfield Chamber of Commerce members. The theme of the address was, “Westfield, where you want to be.” The presentation included an opening video featuring city employees giving their thoughts on the future of Westfield and closed with a video of local business owners/partners talking about why Westfield was where they chose to set up their business. During his speech, Cook highlighted the following items:

– With the utility sale, all utility debt will be eliminated.

– Focus on enhanced resident communications now and in the future.

• IURC has approved the transfer and it will be 45 days until the funds are received.

• The sale will have a nine to 12 month transition period.

• Citizens Energy of Westfield will make necessary improvements to infrastructure.

• Fire: Overall fire incidents and hazmat calls are down.

– Development has begun as nine properties have been purchased and three purchase agreements have been made.

– Grand Junction compliments Grand Park and future growth and will become a gathering place for locals and visitors to connect and experience Westfield.

– 5,000 baseball/softball games are scheduled next year.

– 7,000 soccer, rugby, lacrosse, football and other sports are planned.

– Between 200 and 300 referees will be needed to officiate all of the sporting events.

– The tournament will include 224 teams and an estimated 58,000 visitors to Grand Park. Cook estimates that 9,800 hotel room nights will be needed and the tournament will provide an economic impact of $7.1 million.

• Hospitality will be Westfield’s industry and the city’s citizens and employees will be hospitality ambassadors.

• Construction is expected to begin this spring on the first retail building in Grand Park Village, the area just south of Grand Park.

– The retail center will overlook a 15-acre lake that local developer Steve Henke wants to line with restaurants and shops. The village will also have office space and hotels nearby.

– Tax abatements are not planned for the private land in this area.