You are at:Home»Current in Carmel»Ruth J. Scott Reeve 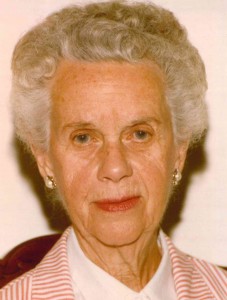 Ruth and her late husband, Frank, lived most of their married lives in South Bend, Ind., where he was owner and president of Reliance Pharmacy.

Ruth was a quiet servant to the Lord. She generously gave of her time and talents to others, expecting no recognition or praise. For several years she served as the music chairperson and was treasurer for the Vespers group at Summer Trace.

Ruth was dedicated to her husband, family and her faith, and she enjoyed playing bridge with friends.

Memorial contributions may be made to the Mark Badger Memorial Park in care of the Carmel Dad’s Club.

The family would like to extend heartfelt gratitude to the loving and caring staff at Summer Trace and to Delores Duckett for her special care of Ruth.