You are at:Home»Current in Zionsville»Hearts of Fire 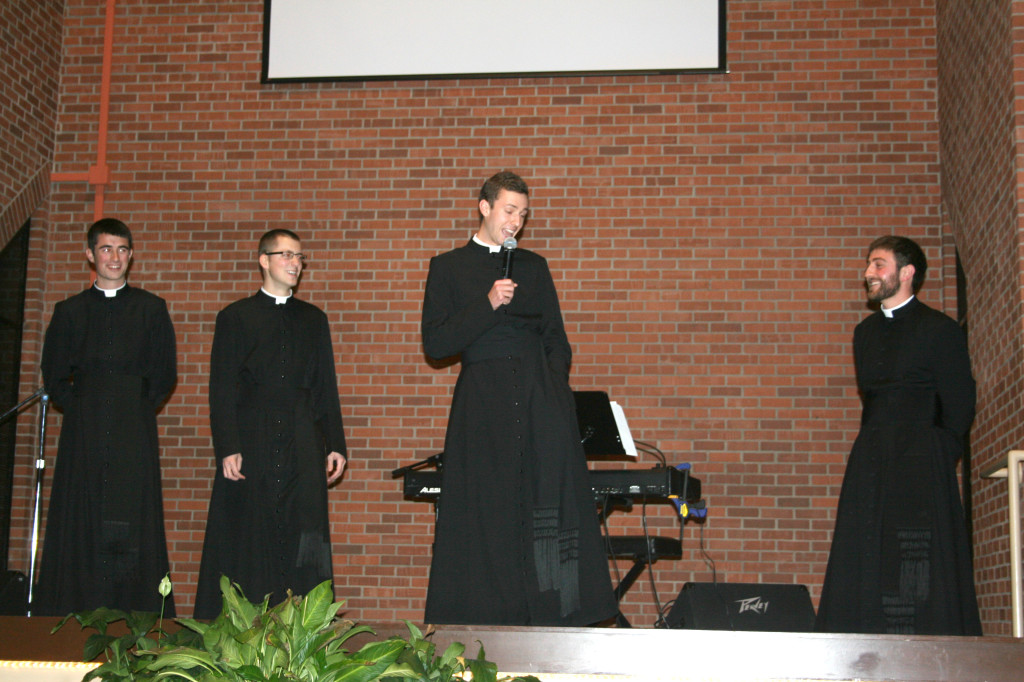 On Nov. 16, nearly 200 people attended the inaugural Hearts of Fire Seminarian Benefit Dinner and Auction at St. Alphonsus Liguori Catholic Church. The evening featured a silent auction, a live auction conducted by master of ceremonies, Ray Cortopassi, and a performance by world renowned music missionary Danielle Rose. The event raised funds to support seminarians from the Diocese of Lafayette, including several from St. Alphonsus, who are studying to become priests.

“From beginning to end, it was just a very moving night,” Cortopassi said. “Part celebration, part reverent prayer, the evening gave our church community the chance to rally and support the young men who represent the future of the Catholic Church. When you hear what a shortage there is for priests in the United States, it’s a rare and great blessing to have that many from our own parish.”

Pictured here, from left, are seminarians from St. Alphonsus: Nick Brown, Christian DeCarlo, James Baxter and Michael Bower who spoke about experiences and influences in their lives that led them to the priesthood.