You are at:Home»Current in Carmel»Police: Carmel squirrel hunters inadvertently cause school lockdown 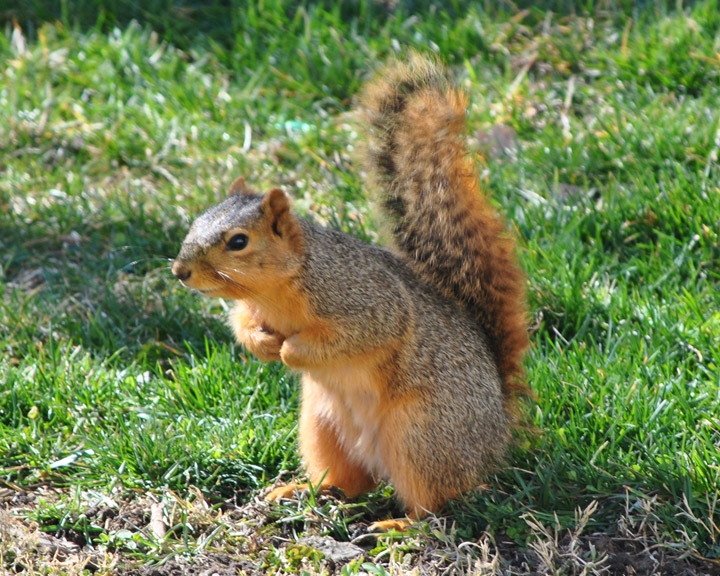 Two teenagers armed with a pellet gun set out in search of some bushy-tailed game on the afternoon of Nov. 20 on the Monon Trail in Carmel.

When a school bus driver spotted a suspicious man in the vicinity of Orchard Park Elementary, east of the Monon and south of 106th Street, carrying a backpack with a gun in it, the driver reported it to authorities, police said.

The elementary school’s students were being loaded onto afternoon buses at the time of the report, but they were quickly redirected back into the school and the building was placed in lockdown until the situation could be investigated, the sheriff’s statement said.

Sheriff’s deputies along with Carmel police officers responded to the scene, and after a check of the area, the lockdown – which lasted less than 30 minutes – was lifted and students were sent home, the sheriff’s statement said.

Law enforcement officers found two teens on the Monon Trail north of 96th Street with a pellet gun that was allegedly going to be used to hunt squirrels in the area, the sheriff’s statement said.

Officers will be investigating the incident and will work with the Hamilton County Prosecutor’s office to determine if any charges should be filed, the statement said.

A new ordinance read before the Carmel City Council on Nov. 18 would ban the use of firearms and dangerous weapons within city limits.

The ordinance would define weapons to include pellet guns, BB guns, cross bows, bows and arrows and slingshots.