You are at:Home»Current in Carmel»Northbound U.S. 31 interchange segments opening 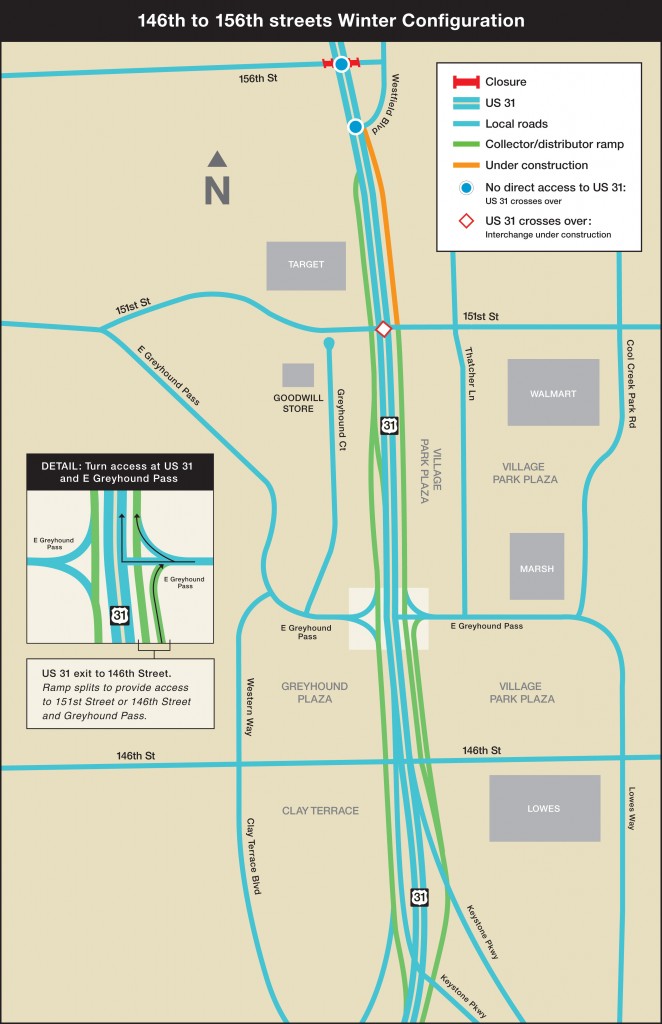 Contractors for the Indiana Department of Transportation are completing the final work on 151st Street east of U.S. 31 that will culminate in the opening of new northbound “split diamond” interchange ramp segments.

Rieth-Riley Construction began paving 151st Street east of U.S. 31 beginning Nov. 13. The operation is scheduled to take place during daylight hours, and flaggers will be used to direct traffic. Motorists are advised to plan for delays or take an alternate route if possible.

The goal is have the interchange open before the post-Thanksgiving shopping rush that will crowd Clay Terrace and Village Park Plaza.

And for travelers arriving to the interchange on northbound Keystone Parkway, take note that the exit at Greyhound Pass is the last exit available before 161st St.