You are at:Home»Current in Carmel»Carmel Cover Stories»‘Bar food with a chef-driven twist’ coming soon to Carmel 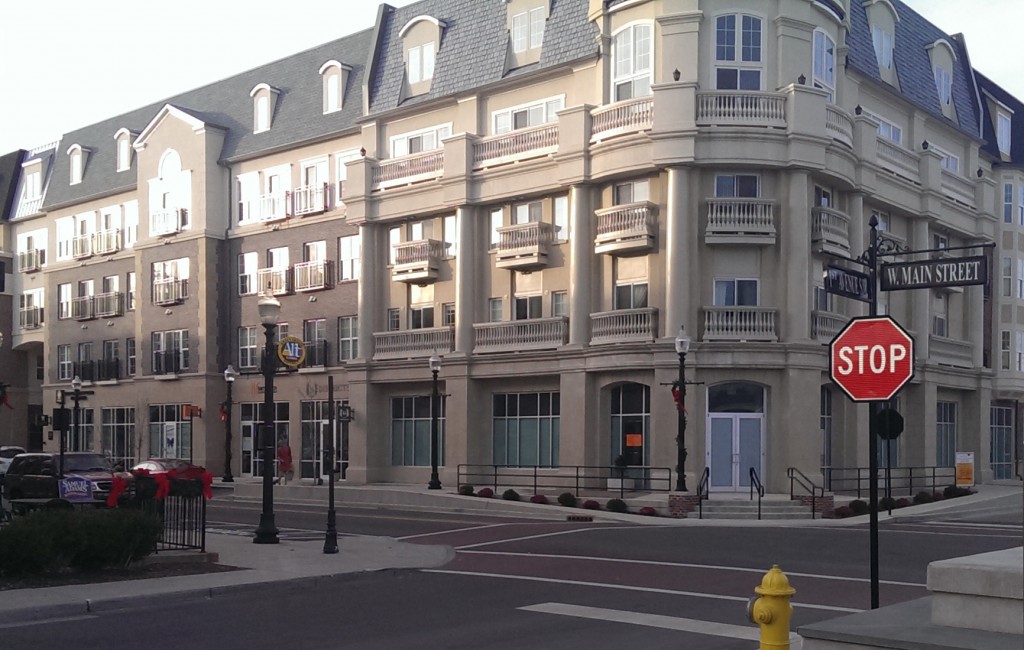 The Pint Room plans to occupy a prominent corner of downtown Carmel – at the southeast corner of the Sophia Square apartment building. (Staff photo)

Visitors and residents of downtown Carmel will soon have another dining and drinking option as the owners of a Dublin, Ohio-based eatery finalize their plans to open the Pint Room in Main Street’s Sophia Square complex.

“We just like the roundabouts,” joked co-owner Derek Rapkin, when asked why the group chose Carmel. Rapkin mused that he thought Dublin might actually have more roundabouts than Carmel; he was assured that was not the case.

“No, honestly, we just feel like Carmel is a great fit for our concept,” Rapkin said. “People in Carmel appreciate good food and good service and that’s what we plan to deliver.”

The company behind the Pint Room is RE Group; it is comprised of Rapkin and partners Jason Burch and Keith Moreland. They opened the first Pint Room in Dublin in 2012. Carmel will be the second location.

According to Rapkin, the menu will be similar to the Dublin concept, a solid selection of small plates, Kobe beef burgers, salads and sandwiches, with some nice vegetarian options. But the star attraction will be the selection of draft craft beer; a staggering assortment of 150 brews in glass-encased coolers surrounding the dining room.

“We call our menu ‘bar food with a chef-driven twist,’” Rapkin said. “We use only fresh produce and fresh ingredients. We don’t even have a freezer. We change our menu about every three months to keep things season and new. Also we want people to know that, even though we feature a bar, our dining room is completely kid-friendly.”

The group will be importing executive chef Ryan Romito and general manager Joe Guerra from its Dublin operation. They also hope to have their nearly 200-seat restaurant and bar open in time for March Madness.