You are at:Home»Current in Zionsville»Local teen wins acting award 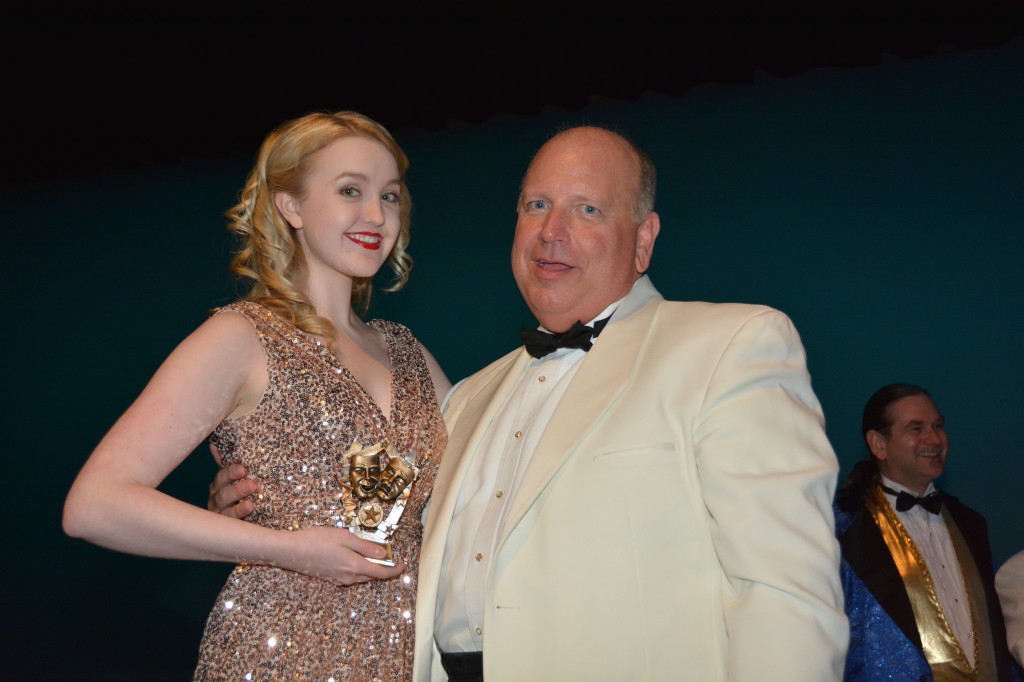 Grace Ruddell, a junior at Zionsville Community High School, received the “Encore Rising Star Award 2013” which is awarded to an acter under the age of 18 in central Indiana by the Encore Association of Indianapolis.

“It was an unexpected honor,” said Ruddell. “I was at the awards ceremony to perform a number from XANADU – the Footlite Young Artist Production I appeared in this summer, as a part of the entertainment during the awards. To be recognized by the judges was a surprise! I am encouraged to keep performing and to pursue theatre as a part of my studies in college.”

Ruddell has been active in theatre since she was 10-years-old, making her stage debut in “Father of the Bride” with the Zionsville Off-Main Street Players. Since then Ruddell has appeared in over a dozen productions with the Artist’s Studio, Carmel Reperatory, ZCHS and Footlite Musicals. She is currently in rehearsals for “White Christmas,” which is being presented by Footlite Musicals Nov. 22 through Dec. 15. Pictured here is Ruddell with Encore Association President, Jeff Farley.