You are at:Home»Current in Westfield»Cripe scores GMAC athletic honor 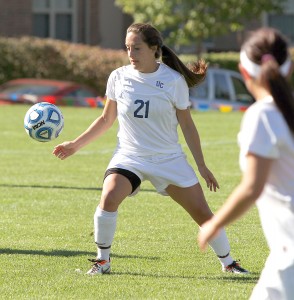 The rookie from Westfield was a major reason why the Arrows were able to pull out an overtime win against the defending G-MAC champions, the Trevecca Nazarene University Trojans, in the first round of the conference postseason tournament on Nov. 2.

The Arrows fell behind the Trojans 2-1 with 21 minutes left in the second period. UC tied the match with less than eight minutes to go on senior Amanda Levaskevich’s second goal of the game, this one coming on a Cripe assist. Just 1:27 into overtime, Cripe scored the walk-off game-winner to send her team to the conference semifinals.

Cripe and her teammates took on regular season champion Cedarville University on Nov. 7 in the second G-MAC semifinal.