You are at:Home»Current in Fishers»Pierce receives ITA award 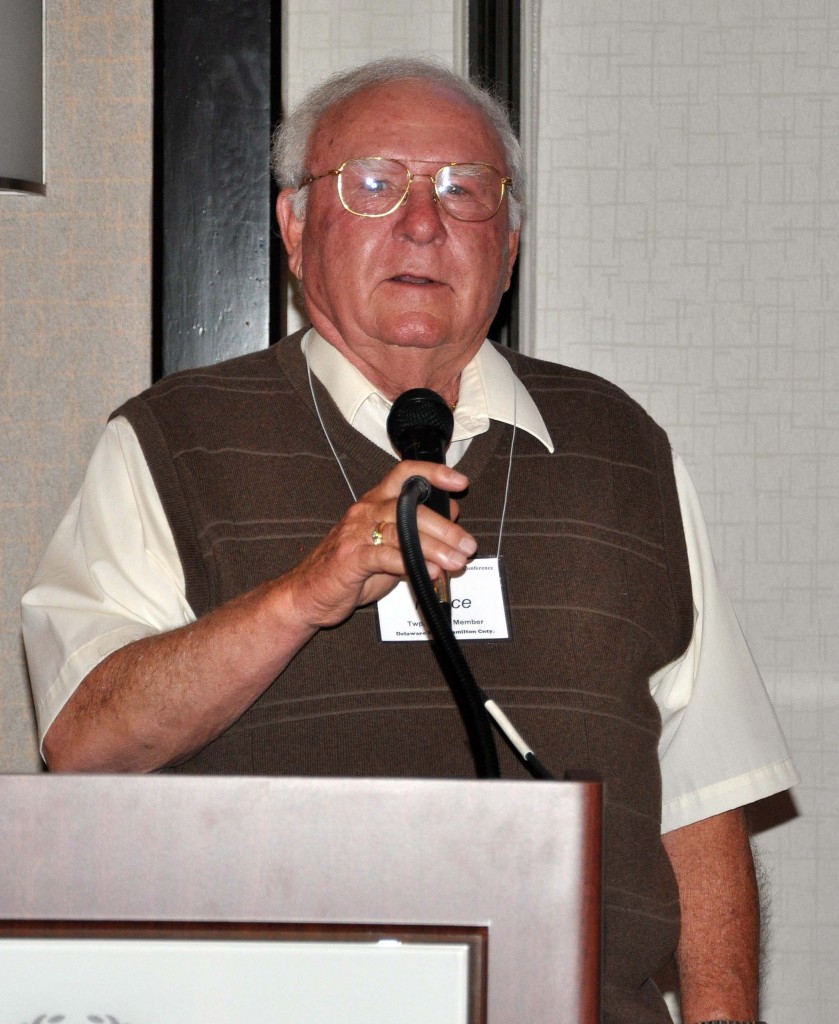 Ed Pierce of Delaware Township was recently awarded the Charles Bogden Memorial Township Board Member of the Year award. Pierce was awarded the honor by his peers for demonstrating the essence of a public servant. (Submitted Photo)

During a recent annual educational conference, the Indiana Township Association bestowed the Charles Bogden Memorial Township Board Member of the Year upon Ed Pierce of Delaware Township, Hamilton County (Fishers), where he has served since 1999.

Mr. Pierce was awarded the honor by his peers for demonstrating the essence of a public servant.  “The ITA is certainly proud of the volunteerism that Ed exhibits in his township,” said Mary Hart, ITA’s President.

Marilyn Schenkel, who also serves on Delaware Township’s Board, said in a letter of recommendation that “Ed Pierce displays qualities which are unique to today’s public servants.  He always puts the good of the Township over his own personal gain. His dedication goes beyond what the statute requires from us.  He is always the first one to the township meetings and the last one to leave.”

Several letters of recommendation for Mr. Pierce’s recognition highlighted his work on behalf of the community’s Freedom Festival.  That work earned him the William D. Kehl Jr. Volunteer of the Year award for 2013.

His Trustee, Debbie Driskell, wrote for his nomination, “In my 23 years as Delaware Township Trustee, I have served with many board members; but few have been as involved and willing to move ‘above the call of duty’ like Ed Pierce.”