You are at:Home»Current in Carmel»Carmel Community»High-profile building gets new tenant 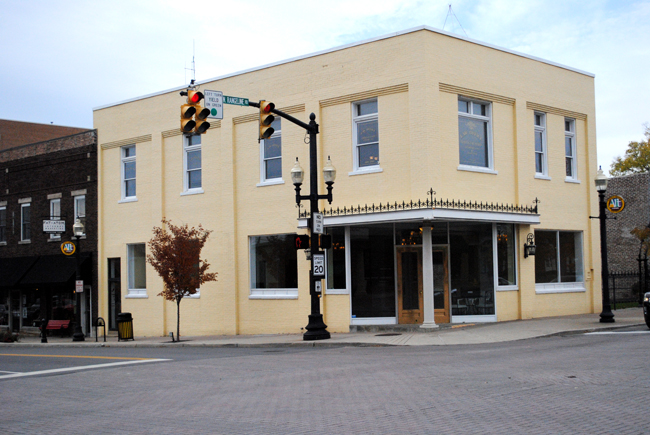 The building at the northwest corner of Main Street and Range Line Road in Carmel will house Edmonds International USA on the first floor in addition to the existing law offices of Curtis Butcher on the second floor.

A high-profile location at the northwest corner of Main Street and Range Line Road in Carmel’s Arts and Design District has a new tenant – and it’s not an art gallery.

“It’s a little bit of a fresh start,” Moriarty said of his plans to transition out of his ownership role with CSO after 27 years of service and begin again with Edmonds. “I’m just ready to slow down a bit.”

Edmonds International currently has offices in Mexico City, New York and Vancouver and specializes in large office towers like the currently-planned Energy Tower in Midland, Texas.

And the space won’t simply be a showcase for Edmonds’ renderings and models.

Moriarty plans for the space to be a working office for up to 10 architects, six or seven of whom will join him from CSO.

Moriarty, 54, has made a name for himself in Carmel already with his work on the Palladium, Evan Lurie Art Gallery and Sophia Square apartment building.

He also said he likes the historic nature of the building. The only changes he might make are to add window screens, interior planters for greene