You are at:Home»Current in Westfield»Local family feuds on game show 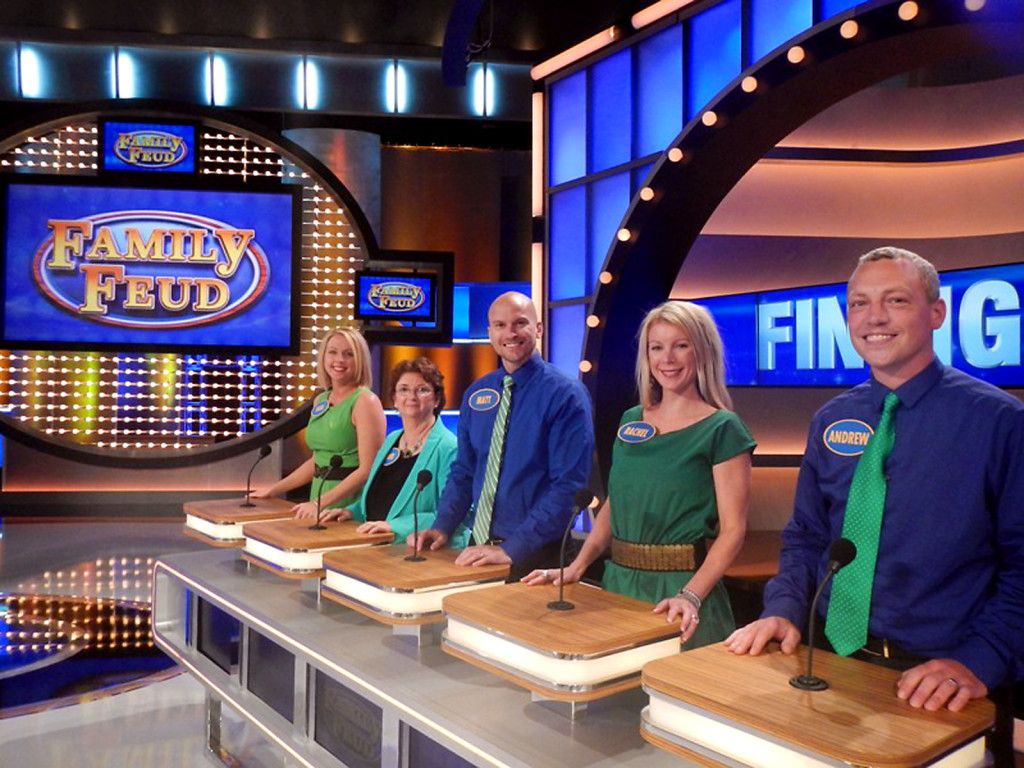 From left: Sara Finnigan, Barb Brockhoff, Matt and Rachel Lindley and Andrew Finnigan will be on Family Feud at 7 p.m. Oct. 29. (Submitted photo)

What began as an audience to appease their mother ended with the Finnigan family meeting Steve Harvey on a famous game show set. The Finnigans will appear on Family Feud at 7 p.m. Oct. 29 on WNDY Channel 23.

“It was so exciting,” Sara Finnigan said. “It was a great, great experience. We all have kids so it was just nice so to get away from the house for a couple nights.”

Finnigan was joined by her husband, Andrew; mother, Barb Brockhoff; sister, Rachel Lindley; and brother-in-law, Matt Lindley. Brockhoff heard about the show’s local auditions and Finnigan went online and signed the group up.

“My mom is the most carefree, fun-loving person I know,” she said. “She was really adamant about it.”

After playing the game, the group met with the producer and was impressed by the show’s staff.

“They have a unified vision to make the show good for the families. They’re people who actually care. They really wanted us to win. They bring out the best in families,” Finnigan said. “There were 300 families there but we felt good about it. The next week we received a call to fly to Atlanta.”

The day of the taping was a “very, very long day” for the family. Finnigan said they played families to practice but even that was stressful.

“You were still sort of fighting to get on the show,” she said. “On the very last show they were going to tape we got on the show.”

Finnigan said the show’s pressure to come up with an answer on the fly leads to comical situations when words escape your mouth before being thought about.

“There were a couple of situations where Steve Harvey was crying because he was laughing so hard,” she said.

Everyone has a shtick and for the Finnigan family it was Brockhoff.

“My mom said she was the hog calling champion of Indiana and exercised her hog calling. It’s something you can’t describe, you just have to hear and see. It’s loud, uncomfortable and hilarious,” Finnigan said.

Finnigan said the opportunity was wonderful except for one aspect – the head to head buzzer.

“I could never ever get it first,” she said. “When I did I freaked out.”