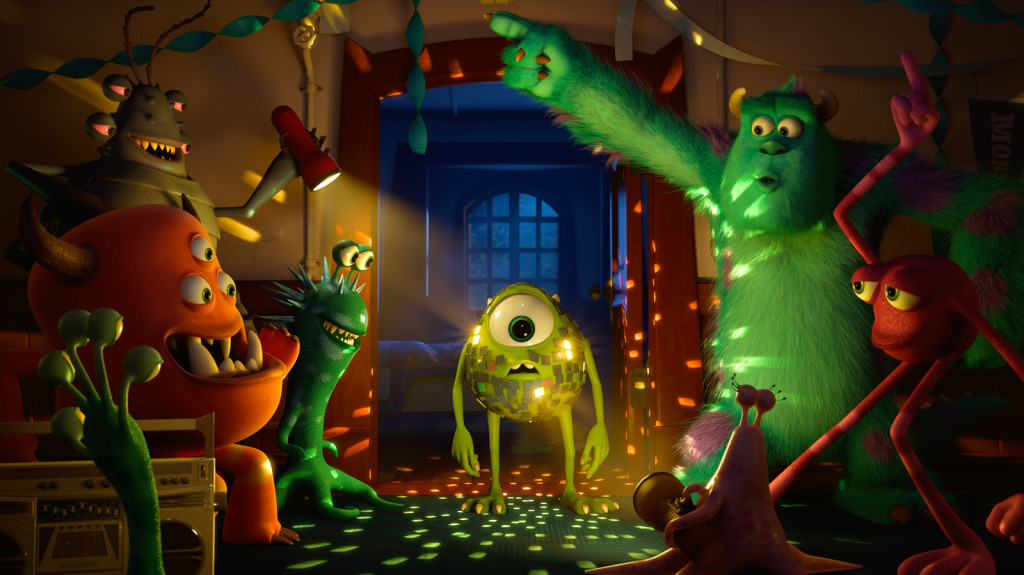 Between “Planes” and “Monsters University,” the Pixar/Disney animation empire appears to be stuck in a rut. Once a fountainhead of original storytelling and innovative characters, lately they’ve been spinning out sequels that seemed to spring more from the minds of the marketing department than the creative wing of Walt’s shop.

“Monsters University” is a perfect example of the current state of Pixar – an agreeable romp aimed squarely at the kindergarten-and-down crowd. It features a lot of cool screwy monsters, the estimable vocal talents of Billy Crystal and John Goodman, and not much else.

We’re going back in time to the college days of green, one-eyed ovoid Mike Wazowski (Crystal) and blue BMOC Sully (Goodman). Instead of pals they’re rivals squaring off to see who is the best scarer around.

Playing the heavy is Helen Mirren as Hardscrabble, the old-school dean who doesn’t exactly take a shine to the big-headed frosh pair. She throws them out of the scare program, and to get back in they’ve got to pull together a team of reject monsters and win first prize at the annual Greek contest.

It’s mostly old hat, with a few funny bits and life-lessons moments. It gets a passing grade.