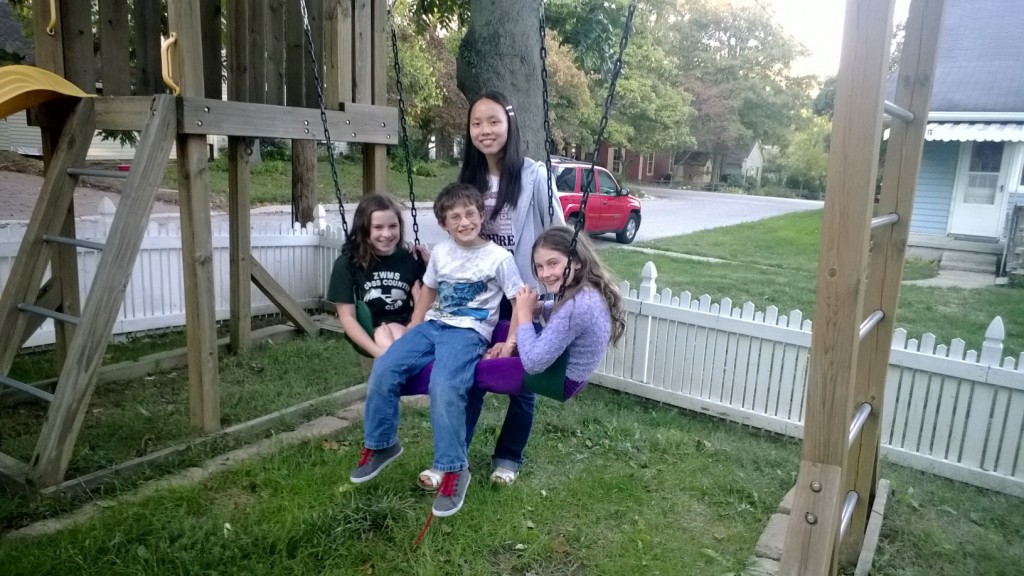 This year University High School partnered with the Cambridge Institute, an educational consulting firm based out of Boston, to expand its international student community.

“Having 13 international students this year is a growth for us,” Dave Vesper, assistant head of school, said of the independent high school that serves about 200 students.

Vesper said with such a small student population, the sense of community is strong at the school.

“We’ve found that the face-to-face interaction is helpful for the international students,” said Ashley Crockett-Lohr, director of communications at University.

And 15-minute morning meetings give international students the opportunity to share their culture and experiences with their classmates.

Earlier in September two students from China served moon cakes to fellow students and shared stories about the mid-autumn festival.

The school also offers a mentoring program that has proven beneficial for international students who have questions or concerns that arise. Vesper and other staff members plan to create a peer buddy system that would allow for foreign students to have a one-on-one relationship with a fellow student.

With these community-building programs being implemented this year, the school is prepping to serve an influx of foreign students in the years to come.

For the May family the decision to host an international student was a consensus between the entire family. After receiving an email from University about the opportunity to host a student from China, Terry and Kris May discussed the possibility and then brought it up in a family meeting.

“You would have thought we said we were going to Disneyland,” Kris said, laughing as she described her children jumping up and down with excitement.

Sylvia Qianyu Huang, a University student from China and the exchange student staying with the May family, said that she likes to be an older sister to her three host siblings.

The Mays said they have never been sorry to have Sylvia in their home. The few bumps in the road have been minor: Sylvia’s reluctance to eat leftovers – something not commonly done in Chinese culture – and the miscommunications of body language.

“Having Sylvia is a nice bonding situation for all of us. We all feel a big sense of wanting to make things comfortable for her,” Kris said to summarize the past few weeks of being a host mom.