You are at:Home»Current in Carmel»Carmel Cover Stories»Heartland Film Festival preview 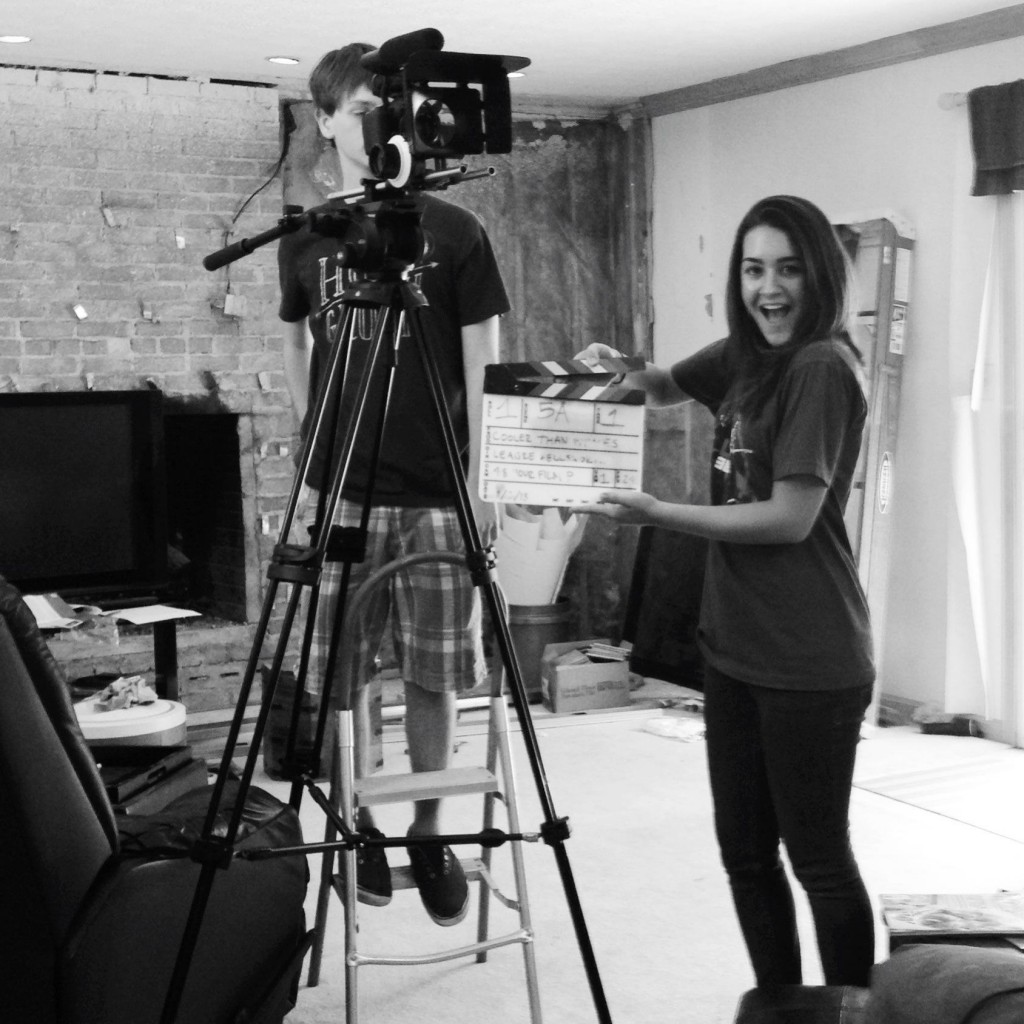 Carmel resident Molly Anzalone, a student at Columbia College in Chicago will have a film short, ‘Serum,’ in the Heartland Film Festival. (Submitted Photo)

Are you yearning to watch a movie you can actually relate to, rather than view yet another shoot-‘em-up flick?

The Heartland Film Festival probably has a movie to fit your tastes. The 22nd incarnation of the event arrives Oct. 17 and continues through Oct. 26. A record of 134 independent films will be shown at a record number of theaters in Indianapolis. 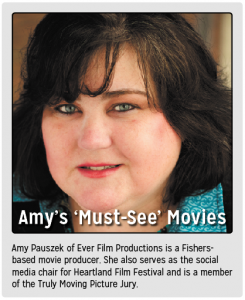 The opening ceremony will be conducted Oct. 17 and will feature the world premiere of “Gimme Shelter” starring actress Vanessa Hudgens. The screenings will be at 4 and 7:30 p.m. at the Indianapolis Museum of Art and a special red carpet event with the stars will be held at 6:15 p.m.

The following day, Oct. 18, all the winning movies will be screened twice at the AMC theaters in Castleton, 6020 E. 82nd St. in Indianapolis.

“Come for the star power and stay for the movies,” Irwin said.

The awards ceremony will be held in the intimate confines of the Indiana Repertory Theatre on Oct. 19, but unfortunately it has already sold out. 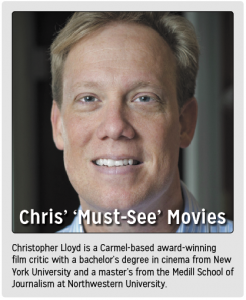 And on Oct. 26 the festival will come to a close with a premiere of “The Book Thief” and a red carpet event featuring Academy Award-winning actor Geoffrey Rush.

A premiere attraction by a local director

One of the premiere attractions at the festival is sure to be “Medora” – a documentary film shot in Indiana that focuses on the high school boys basketball team that hails from the town of the same name.

Andrew Cohn, the film’s director, is the son of Amy Alexander of Fishers. He said he first heard about Medora after reading a 2009 story in the New York Times about how the team had lost all its games.

So he and a crew of two holed up in a Seymour hotel and set about trying to document the team’s 2011 season.

“We just thought it was going to be a sports documentary,” Cohn said. “Once we got to know the kids, we saw it was much more.”

Medora is located south of Brown County and west of Seymour. Part of the collateral damage of globalization, its factories are gone, its families are in disarray and one of the only things holding it together is its high school.

And as Cohn and his crew became more accepted by the players and the town, they quickly realized their documentary wasn’t meant to be about basketball.

Cohn said it’s about answering this question, “What happens when small towns disappear?”

Cohn said he has screened the documentary for the players, the coaches and the school board.

He said the most important praise he received was that they liked it.

He also said he thinks the festival is the perfect venue to screen the film.

“I really respect the Heartland Film Festival,” Cohn said. “We’re excited to be a part of it.”

Cohn won’t be able to attend the festival screenings, but he is planning an official Indianapolis premiere Nov. 22 at the Indianapolis History Museum’s IMAX Theater. The entire crew and all the subjects of “Medora” are planning to attend that event.

Creating a competition for high schoolers

Robert and Alison Spoonmore of Zionsville had watched their sons grow up with the emerging Internet culture, and a big part of that was posting videos to YouTube.

So he thought that someone needed to work with kids to help them hone their craft.

So it was a good match when he teamed up with the Heartland Film Festival to sponsor its High School Film Competition in 2009. And he has been sponsoring the event every year since.

“We really just liked what Heartland stood for,” Spoonmore said.

The only requirements are that films be:

And of the record 71 films considered this year, 12 will be screened during the festival.

The director of the film determined as the best will receive a $2,500 scholarship, airfare and accommodations for the festival and a pass to see all the films.

And the entries have grown to get a real international flavor, Spoonmore said, noting that only 7 had been submitted from Indiana.

But Spoonmore said the real goal is to have young filmmakers sit down with Hollywood directors and producers and learn from them.

“I’m amazed at how Hollywood people seek them out,” he said.

Spoonmore said he is constantly bowled over by the students’ enthusiasm and excitement.

“We enjoy doing activities that enable high school kids to succeed.” he said. “It’s enlightening when you get to see the story through their eyes.”

Molly Anzalone’s short film “Serum” will be one of the ones screened as part of the High School Film Competition. But the budding filmmaker said she never had Heartland as a goal when she started filming.

“I was bored and I really, really wanted to make something.” she said.

Now an 18-year-old freshman studying directing and cinematography at Columbia College in Chicago, the then Carmel High School senior said she drew her inspiration from the Christopher Nolan film “Memento.”

“I wanted to do a mind-bender,” Anzalone said.

So she had her parents buy her a Canon Rebel DSLR camera and she spent the rest of the school year paying them back.

Her next stop was Home Depot where she raided the PVC pipe aisle to build her own custom camera rigs, she said.

And the result was a self-written and directed story full of professional looking effects and a twist ending.

And even though her entry hasn’t made her a celebrity in Chicago, Anzalone said her parents are really excited about her film’s selection to the festival.

And “Serum” is just the first of two finalists originating with Carmel High School students.

“It’s an honor to be shown,” Ellsworth said. “It’s a great cause and they show some great films.”

“Mom Made Lasagna” is a philosophical take on high school alienation, coming to terms with parental disappointment and the importance of friendship.

Ellsworth said it’s a completely original work and that she didn’t draw on any other movies for inspiration, which makes sense because most of the film takes place in a school restroom stall.

Ellsworth said she plans to study TV production in college, but that’s she’s just happy to be a part of Heartland.

“I think it’s really cool that they have a high school competition,” she said.