You are at:Home»Current in Zionsville»Off-Main Street is right on 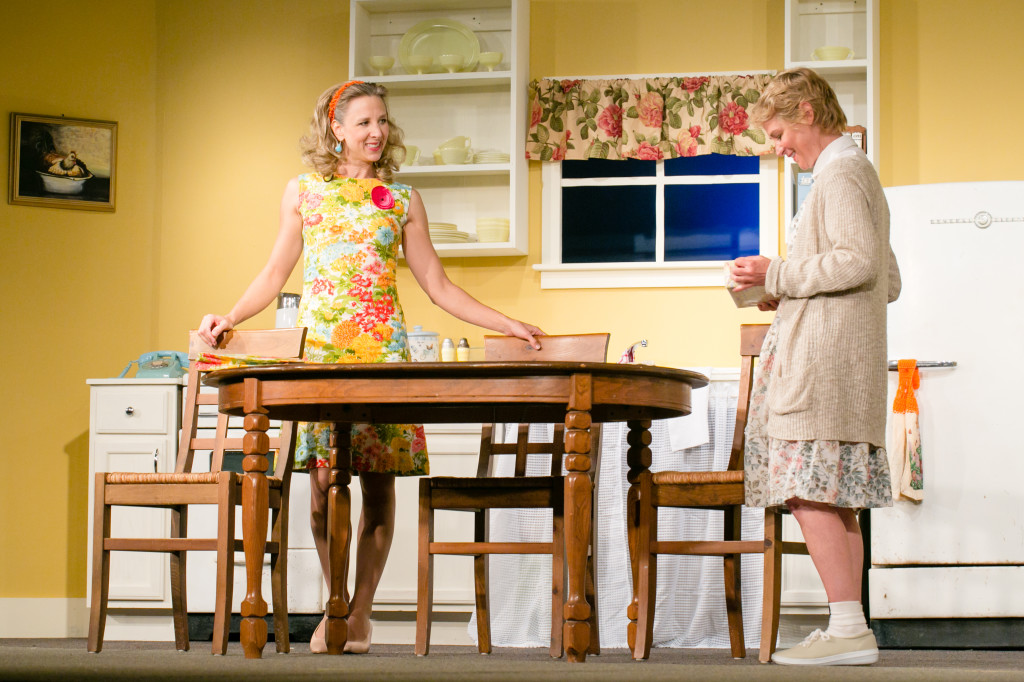 Jean Arnold and Amy Lacy on the set (with refrigerator to the right) of Crimes of the Heart.

I’ve always loved community theatre, and my visit to the dress rehearsal of Off-Main Street Players “Crimes of the Heart” confirmed it. The set, lights, characters and story line pulled me in. Familiar faces like Fall Festival Grand Marshal Amy Lacy as Lenny and Fox news anchor, Ray Cortopassi, as Doc did not disappoint. It was the story of how Off-Main Street Players came to town that intrigued and inspired me.

Passion is where it began through two Zionsville residents, Ray Cortopassi and Brett Brewer. They brought their love of community theatre to Zionsville in 2005, co-founding OMSP. Twenty three shows later, this volunteer group is going strong with two to three performances a year and draws talent from outside its borders.

As I sat and watched the story unfold I had a chance to chat with Ray and heard some of the challenges first-hand.

“It was tough finding that fridge and stove this time,” he said. “We eventually found it at IRT and I had a friend load it up in his truck and bring it over.” I smiled thinking that I would never have guessed that “hunting down an old fridge” would be on the radar of this TV news anchor who is also a busy father and involved in many community events around town. That’s exactly what made this experience so unique. No matter who they are or what they do during the day, they are just normal people getting up on a stage and doing what they love – performing.

Don’t miss the final performances of “Crimes of the Heart” this weekend at town hall at 8 p.m. on Oct. 11 and 12. The southern accents alone are worth the trip! And my wandering continues…