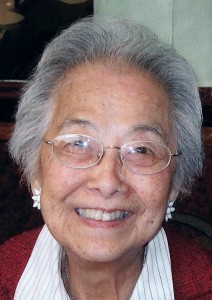 She was born in Astoria, Ore., to Kazue and Shizuo Sato Namba, both immigrants from Japan.

In 1942, her parents, two younger brothers and she were among more than 120,000 Japanese and Japanese-Americans living on the West Coast who were forced to move to U.S. military internment camps during World War II. Frances was allowed to leave the Minidoka internment camp in Idaho in late 1942 for Indianapolis and Fort Benjamin Harrison. Her fiancé, Ben Y. Ito, was serving in the U.S. Army at Fort Harrison, and they were married on Nov. 8, 1942.

She was office manager at Benito Dental Studio in Seymour and Carmel from 1976 to 1986.

A funeral service was conducted Oct. 5 at Noblesville’s Grace Community Church. She was buried at Washington Park North Cemetery. Memorial contributions may be made to the church at gracechurchin.org.