You are at:Home»Current in Carmel»Flowing Well reopens for business 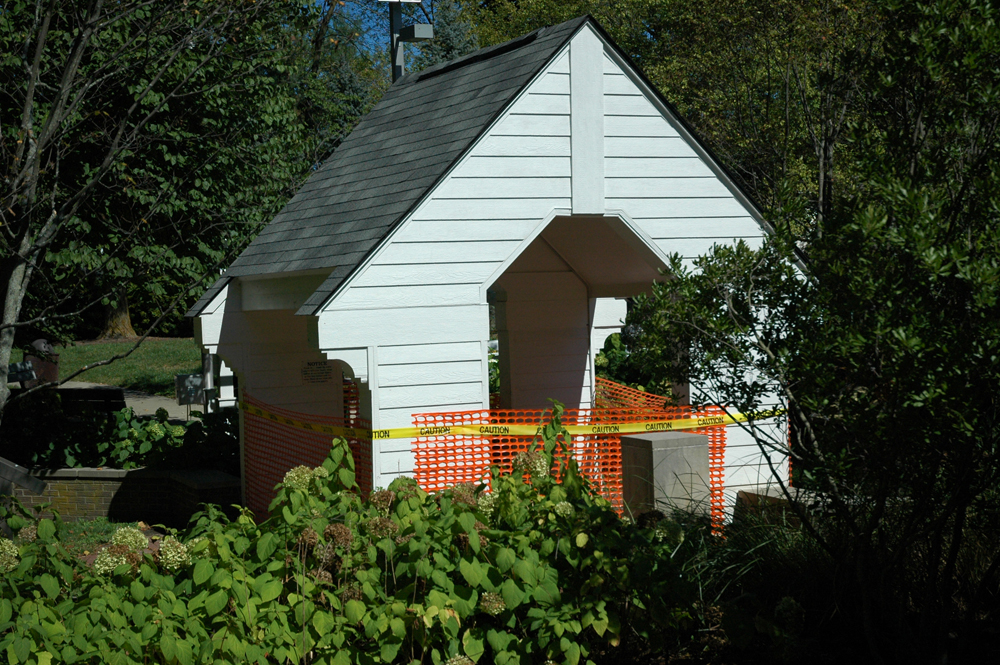 The Flowing Well, an artesian well near the intersection of 116th Street and Gray Road, has been reopened to the public after repairs fixed the source of a bacterial contamination discovered on Sept. 4.

Carmel Clay Parks and Recreation has reopened the Flowing Well and people may now safely fill their water containers once again.

The well had been closed since Sept. 4 after routine testing determined the presence of total Coliform and E. coli bacteria in the water. At that point the well was closed, signs were posted and orange plastic fencing was wrapped around the structure.
An apparent break in the distribution line between the wellhead and the taps likely allowed contaminated surface water to flow into the well. That pipe has since been replaced.

After the well was completely sanitized, two water sample tests conducted the same week came back negative for any contamination, Westermeier said.

In cases like this, the well was closed out of an abundance of caution. The public likely was not in danger from harmful bacteria, said Dr. Christopher Belcher, a pediatric infectious disease specialist at Peyton Manning Children’s Hospital, noting that there are many different strains of E. coli and only a handful are harmful to humans.