You are at:Home»Current in Carmel»Carmel Community»Hoosier Salon has success in Carmel 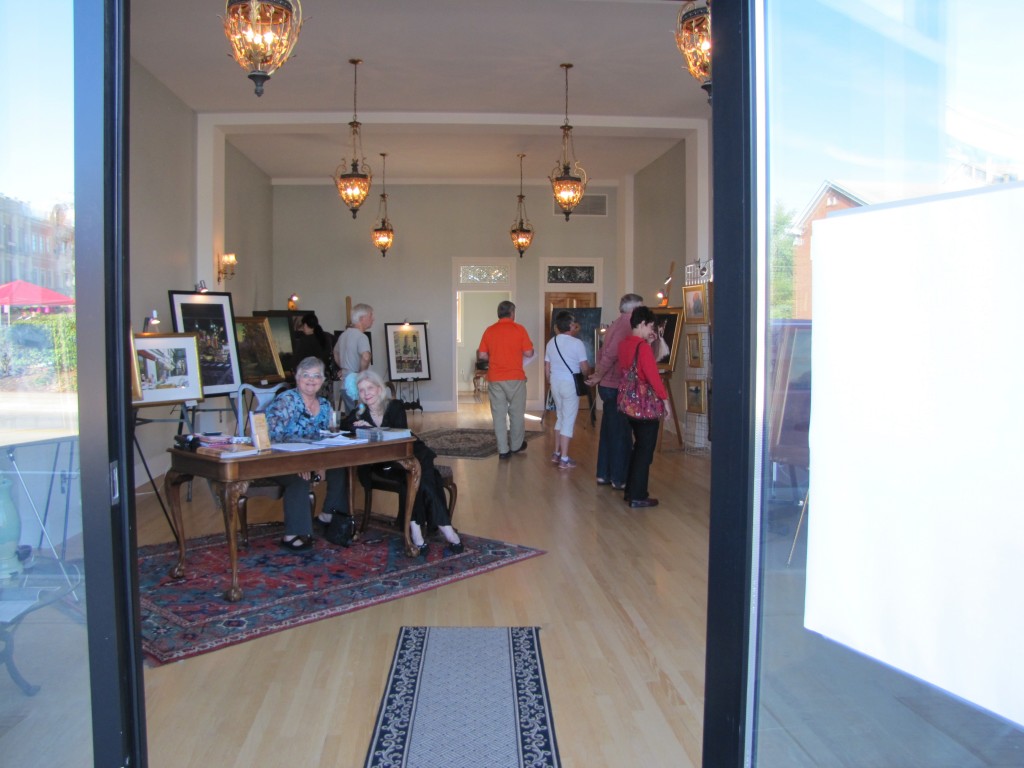 The Hoosier Salon has had success in its forays into Carmel. (Submitted photo)

A new location and a name change could be in the works for the Hoosier Salon. Currently located in Broad Ripple, the gallery has seen decreasing numbers in recent times. But, a trial run in Carmel’s Arts and Design district showed interest is still there.

“The Hoosier Salon has never lived outside of Marion County since its beginnings in Indianapolis in 1924, so there are some real concerns about are we making the right decision. So what was initially suggested was to exhibit in the Carmel space the weekend of the September Gallery Walk,” said Executive Director Donnae Dole. “We had more than 400 people that Friday and Saturday and sold a painting which is very, very good.”

Knowing those numbers weren’t typical, Dole wanted to see what sort of foot traffic a typical Saturday would result in at the much larger space on North Range Line Road.

“I had 27 people come in – people who are going to come back because they were interested in a couple of paintings but had to go home and take measurements,” she said.

These are encouraging numbers when compared to the 10 to 15 people per week the salon sees come through the door in its current location on 65th Street.

“We have been at that location almost 12 years and on College Avenue probably five or six years before that. We did a survey and out of 100 people, only 27 knew where the Hoosier Salon was,” Dole said. “So, that is another reason I am very much in favor of a move to Carmel.”

A move could also see the salon revert to its original name; the Hoosier Art Patron Association.

The gallery’s board of directors will have final say in the move which could come down to one factor. Can the gallery afford the lease in Carmel?

“It’s more money than what we have been paying in Broad Ripple. You have to understand the economic downturn really affected us from 2008 until last year,” Dole said. “We had good sales but only because artists lowered their price point. We have less than a half a million-dollar budget but every penny of that has to be raised through grants or donations, etc. We have been talking to the building owners to see if they would come way down on the lease at least for the first couple of years.”

Dole’s other hope is that the City of Carmel will step in and help the gallery out. A decision on that is expected by the city council this month.

“We would be the only full blown gallery that is nonprofit, so it would be to their benefit to help us,” she said.

A vote by the Hoosier Salon’s board is expected Oct. 16. If the move is approved, Dole expects it would occur by the end of 2013, just in time for the gallery’s 90th anniversary in 2014.