You are at:Home»Current in Carmel»Carmel Cover Stories»No end in sight

Developers are poised to build more than 1,000 new Carmel dwellings in the coming years

It’s hard to drive down any street in Carmel and not hit a road construction sign.

For many residents, this work is a positive sign. Every project that’s approved brings jobs and opportunities as well as more housing and business options for a lively city. But not everyone agrees with the specifics of the progress. Attendees of any plan commission meeting will find residents from neighborhoods adjacent to the proposed developments expressing their concerns about traffic flow or potential school overcrowding.

Carmel’s city planners have tried to anticipate as many concerns as possible. And despite the desires of some residents who would love to have time stand still, Carmel is growing day by day. Here’s an update on four major projects in various stages of development: 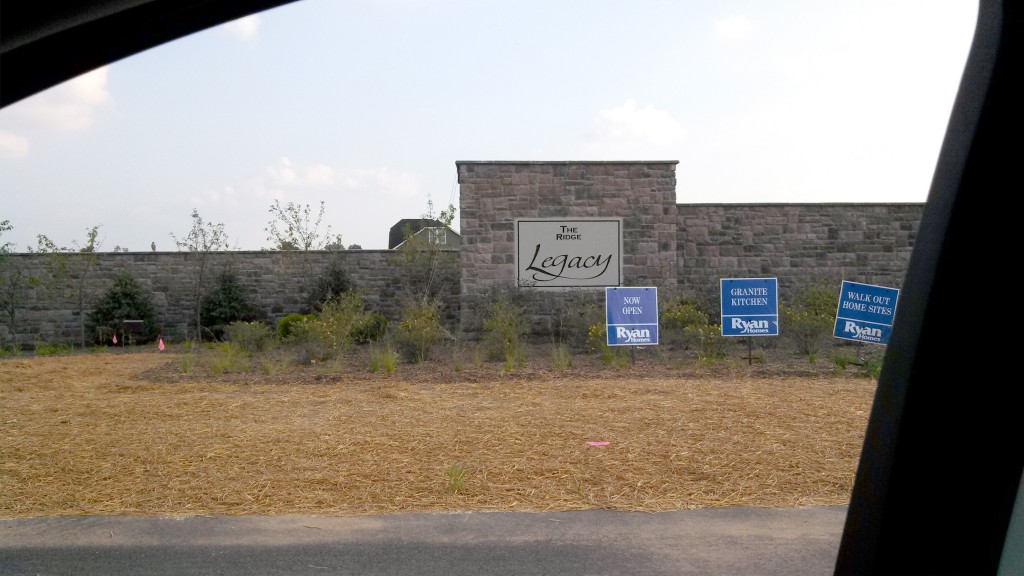 Legacy is the oldest and largest of the current and upcoming planned unit developments. This five hundred acre development spans the land southwest of the intersection of 146th Street and River Road. The origins of the project date back to 2006, when Platinum Properties of Carmel purchased the land from Earlham College. Although J.C. Hart built apartments on the northeast corner of the property in 2006, the planned construction of homes and businesses on the land stalled during the recession. The land was ultimately sold in 2011 by the financing bank to a Virginia-based investment group called Falcon Nest, which in turn hired Platinum Properties back on as the project manager.

According to Paul Rioux, president of Platinum Properties, the project is now back on track with its original vision.

“This development is really the last piece of the puzzle on Carmel’s east side,” Rioux said. “It will really bring a neighborhood feel to the area while preserving a great deal of the natural parts of the land.”

Of the 500 acres which comprise the Legacy development, 100 acres will be preserved in their natural state, including 20 wooded acres and a 65-acre wetlands park.

Three different builders will develop neighborhoods in Legacy: Ryan Homes, Ryland Homes and Wedgewood Building Company. J.C. Hart plans to add an additional 90 units to the existing apartment complex. The retail aspect of the project is called the Shops on River Road, and this will be at the site of the recently approved Ricker’s gas station.

This 34-acre planned unit development is owned by Atapco Properties. It is framed by City Center Drive, Clark Street, Carmel Drive and Guilford Road, but a smaller portion of the property also falls south of Carmel Drive.

It’s currently home to the Lakeside Corporate Center, which will remain and become the center of the proposed development. While Carmel Lakeside will be mixed use, a majority of the space will be allocated to multi-family dwellings, with 284 three-to-four-story units planned in the first phase.

“Although we are headquartered in Baltimore, Atapco has been a part of Carmel for many years,” said Russ Powell, Atapco’s vice president of acquisitions. “This development will be the gateway to the City Center, so we want it to have an urban, cohesive feel. We want to draw in young professionals who will thrive in this live-work-play environment. It will have great amenities such as a clubhouse with workout facilities, walking trails and restaurants.”

Powell also noted that residents of neighboring communities, particularly Timber Creek and Carmel Station, have expressed concerns about traffic flow. “We have done traffic studies and we have heard the neighbors’ concerns,” Powell said. “We are incorporating those issues into our planning as we go forward.”

Atapco’s application was issued a favorable recommendation at the Sept. 3 plan commission meeting, and their application will be presented before the city council at the Sept. 16 meeting. If all goes according to plan, the company hopes to break ground in the summer of 2014.

The Bridges is a 62-acre project with 500,000 square feet of office and retail space which runs along Springmill Road south of 116th Street.

Construction is well underway for this mixed-use area being developed by Indianapolis-based Gershman Brown Crowley, which received original approvals in 2011. A CVS store at the site is nearly complete and scheduled to open in mid-October.

“We have just signed a lease agreement with Jimmy John’s and we are in negotiations with several other retailers and restaurants, including quick service and sit-down,” the company’s Eric Gershman said. “Multi-family units are on our plan, but those are down the road.”

The newest proposed development in Carmel, Silvara will be located right across the street from the Bridges, bordered on the south and east by 116th Street and Springmill Road, and on the west by Clay Center Road. The northern edge of the 266-acre development borders existing subdivisions.

“We very much envision a park-like setting,” said Larry Moon, president of the Indiana division of Republic Development Corp., which is headquartered in Toledo, Ohio. “We plan to preserve the 100 acres of the Williams Creek corridor, as well as the historic Hobby Horse Farms Barn, which will become a clubhouse and a focal point in the neighborhood.”

Moon also said that there would be a heavy emphasis on walkability, with a multi-use trail system throughout the development. The governing style of the architecture will be historical Indiana themes.