You are at:Home»Current in Westfield»City Council Recap 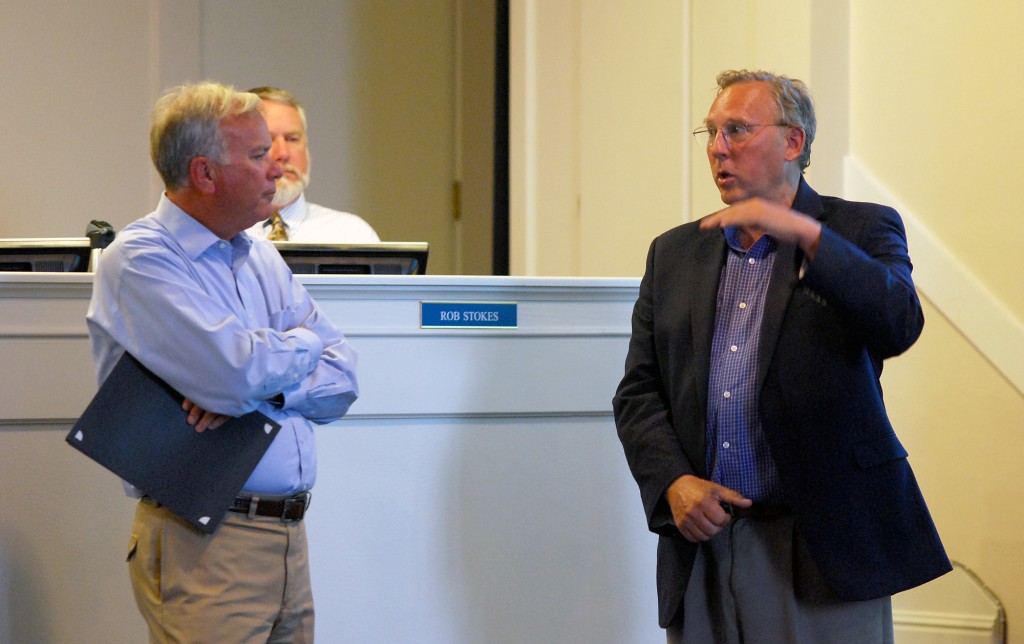 Don Rawson of Indiana Soccer Association talks about the potential economic impact Grand Park will have with future events to Mayor Andy Cook and the city council on Sept. 9. (Photo by Robert Herrington)

Kicking off success – Mayor Andy Cook proclaimed September as Youth Soccer Month in Westfield at the city council meeting on Sept. 9. Cook said soccer sets children on the path to success by helping them make smart, healthy decisions to avoid childhood obesity and other illnesses.

Cook presented the proclamation to Don Rawson of Indiana Soccer Association, which is headquartered at Grand Park. Rawson said all state events will be held at the new sports campus starting next year when the facility opens.

“A month from now we will announce some events that will have great economic impact,” Cook said, adding that more and more organizations and officials are looking at Grand Park for regional and national tournaments.

“It’s literally show time here in Westfield. We know people are looking at us and looking at spending a whole lot of money here,” Cook said.

What it means: The city is requesting the amount of $48,896.05 to be paid to the Humane Society of Hamilton County to cover the costs of stray/owner surrendered animals by residents and police officers. Chief of Staff Todd Burtron said it is an increase of $5,015.67 from last year’s request of $43,880.38. Burtron said the service was historically subsidized by Hamilton County, but two years ago the cost was passed to municipalities. “It would be exponentially higher if we did it on our own,” he said.

What’s next: The amount will be paid in 12 equal monthly installments of $4,075 with payments due by the 15th of each month starting Jan. 15.

What it means: The following changes are presented in an attempt to provide more consistent speed limits for motorists entering the city’s borders:

What’s next: The ordinance amendment will be eligible for consideration on Oct. 14.