You are at:Home»Current in Carmel»Carmel Community»CHS to honor ’78 team before game 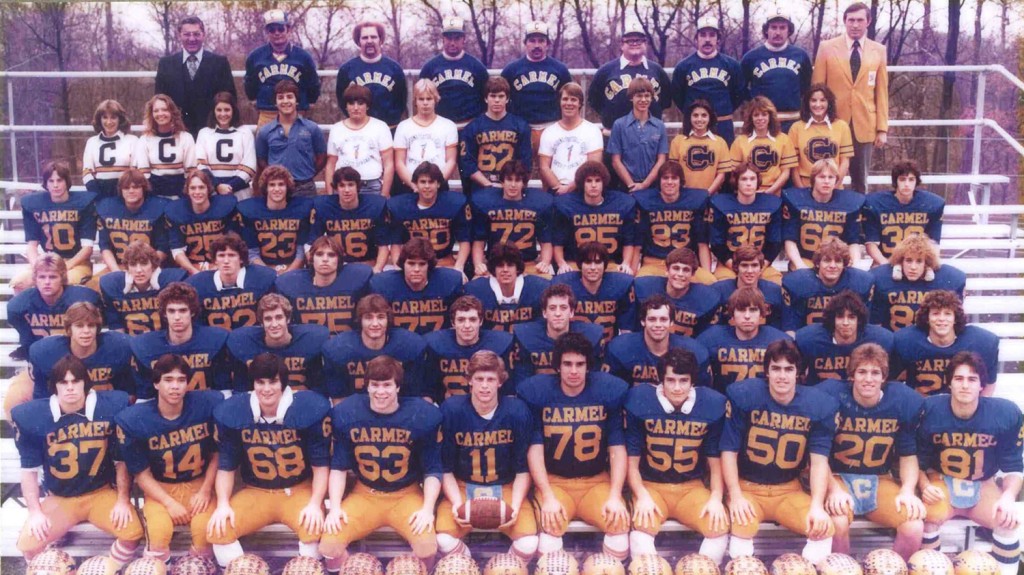 The strong Carmel football tradition wasn’t bought, and it wasn’t built overnight. It was fought for on the field in 1978 by a team of players who began the year with virtually no starting experience between them.

“We played every game like it was our last,” said David Broecker, the team’s quarterback.

With that attitude, the team went undefeated at 13-0 in Class 3A and won the 1978 state championship by taking down Fort Wayne’s Bishop Dwenger 35-18. It was the first of Carmel’s seven titles.

After graduation the players, coaches and cheerleaders all went in different directions.

But Broecker’s football profile had gotten a major boost. He went on to attend WabashCollege in Crawfordsville, Ind. As a four-year starter, he led the team to a 34-2 record.

After earning a master’s degree in engineering from MIT and a master of business administration degree from the University of Chicago, Broecker has founded three companies in the past three years. He is currently working as a biotech entrepreneur.

With the demands of work and family, his football playing days are behind him. But he still enjoys coaching his 13-year-old son, Andrew, on his ZionsvilleWestMiddle School team.

Broecker and his wife, Ann, have three other children in college. Katie, 22, is working on a master’s degree at BostonUniversity, Megan, 18, is a freshman on the PurdueUniversity track team and Chris, 19, is following in his father’s footsteps by attending Wabash and playing football.

So football has never faded completely from his life. It was while Broecker was on a trip to New York City that he reconnected with some old teammates and his former Greyhounds coach, Dick Dullaghan.

The conversation picked up where it left off in 1978. It was almost as if no time had passed at all, Broecker said.

That’s when an idea was hatched. At no time in the past had the team reunited to recognize their collective accomplishment. Many of the players haven’t even seen how Carmel has blossomed in the past 35 years or how the high school has grown, Broecker said.

So what better time for a reunion than Homecoming? The team will reunite before the Sept. 20 Homecoming football game for the first time since leaving Carmel.

The festivities begin with a barbecue at 5:30 p.m. outside the northwest part of the stadium.

Broecker organized the event and said he hopes that the sons of the former players come so that they can authenticate their fathers’ gridiron exploits.

“We’ll have a lot of verification of how good dads really were,” he said.

Prior to the start of the game, the 1978 team, coaches and cheerleaders will be honored on the field and then form the tunnel for the current players to run through.

And when they run out, they’ll take Broecker’s pre-game message with them: “Don’t take anything for granted. Leave it all out on the field.”