You are at:Home»Current in Fishers»Building the global village 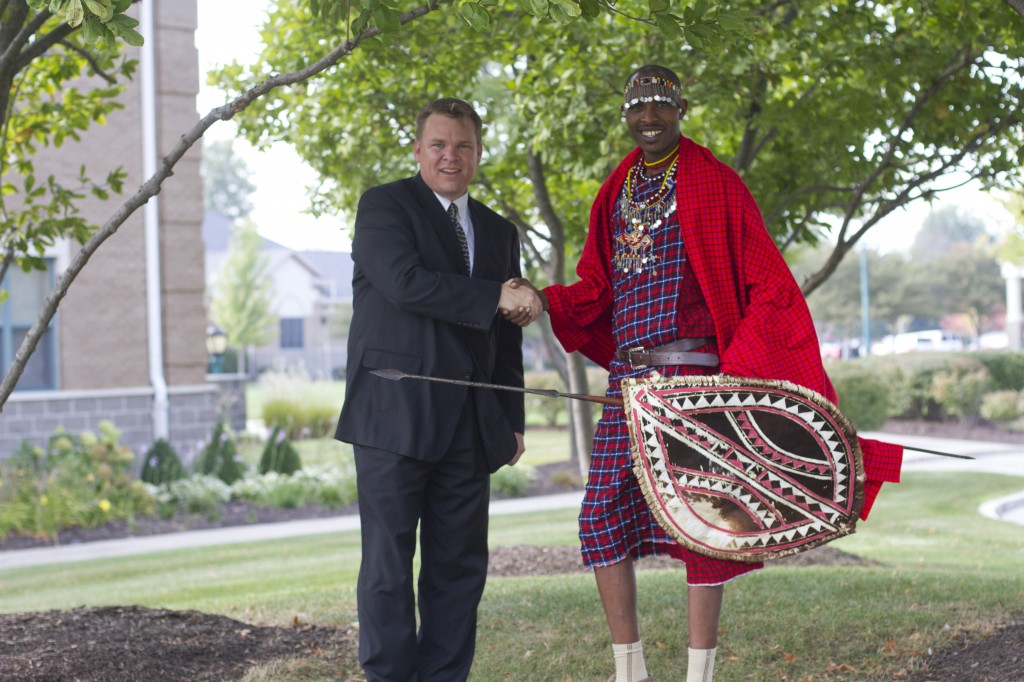 On the Cover Todd Zimmerman and James Sinkua are partnering to bring their cultures together. (Photos by Ashley Lauren Photography)

Fishers resident Todd Zimmerman wants to broaden the community’s world view, and he plans to do it with a partner’s help from the other side of the world. 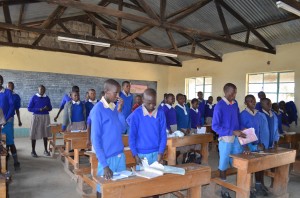 On the Cover
Todd Zimmerman and James Sinkua are partnering to bring their cultures together. (Photos by Ashley Lauren Photography)

“What we’re trying to defeat is this: In our country we’re great at giving and or sending stuff – money, food, aid – but we kind of then forget because we don’t experience,” he said.

A young adult group leader with White River Christian Church, Zimmerman travelled to Kenya twice in the past three years and met community organizer James Sinkua, a Maasi warrior who calls the southern half of the country home.  Since then they have been cultivating the vision for their program, which hasn’t been named.

“We really hit it off and had a lot of things in common,” Zimmerman said. “(We) wanted to build our communities up, both of us. I want to help build Fishers up and also build global connections with our young people especially, so they can see the bigger world out there instead of just a suburb.”

The program would create the modern version of pen pals with Fishers children and Kenyan children communicating through the online video and phone calling program Skype so they can learn about each other and help solve community problems.

Sand Creek Intermediate School student Liza Mathew, 10, had the chance to see a presentation from the duo at her school last week.

“You would have the privilege to meet someone new who has a totally different culture,” she said of talking with Kenyan students, “and we could both learn about each other and how their lives are and how lucky each other are because they get something the other person doesn’t.” 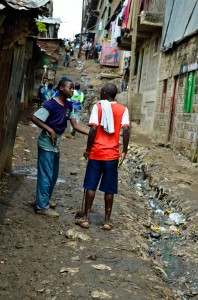 The slums in Nairobi have narrow main streets that also serve as a playground for the young, as well as an open sewage line.

While their cultures are worlds apart, Sinkua and Zimmerman aim to bring them together through collaboration in business, education, tourism and other challenges.

Zimmerman will be the first to tell you he does not have all the details or know how the plan will ultimately come together, but he’s dreaming big with a holistic vision and planning to have connections all over the globe for the program.

With the idea in its infancy, he reached out to the Hamilton Southeastern School District and joined a parent committee as part of the district’s HSE21 initiative, which focuses on technology and 21st Century skills. Last year Sinkua spoke to students at Hoosier Road Elementary School.

Sinkua spent part of the past two weeks visiting schools, including Hoosier Road Elementary and Sand Creek Intermediate, to talk about his culture and start encouraging the idea.

“We want to connect the students of the schools here to schools in Kenya and beyond,” he said.

He said speaking to community leaders, which are also planned to be brought into fold, is a valuable “opportunity that I don’t take for granted.”

He enlightens students on what the culture is like along the way.

Sinkua’s tribe, the Maasi, is one that holds onto traditions. Typical adults work as shepherds, and farmers. They keep cows for milk and survival, and goats are used for meat. Houses are made from sticks and cow dung. Kids go to school daily. 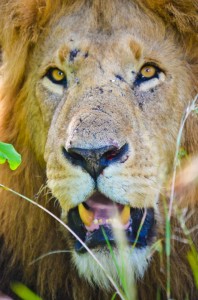 For the Maasi, the journey to manhood involves slaying lions.

The Maasi’s social life is transitional as they get older and pass milestones. To become a warrior, Sinkua had to kill a lion using a spear and shield. Killing a lion brings prominence to an individual as well as the individual’s age group, and is followed by celebration. This occurs twice and typically during the age range of 13- to 18-years-old. A large group goes after the lion, and the first to spear it gets to keep the mane, and the second keeps the tail. Sinkua still has a tail, which slides over the top of his spear.

But for a tribe rooted in tradition, the Maasi are reaching globally to solve problems, a major one being a lack of clean and safe drinking water. Today, their warrior ways are levied toward solving community problems like poverty.

Zimmerman had a chance to part of a Maasai celebration.

“When you step outside of your routine, you discover stuff yourself,” he said.

Zimmerman can be contacted at Zimmerman.toddp@gmail.com for more information, and you can follow him on Twitter (@toddpzimmerman).