You are at:Home»Current in Zionsville»As green as green can be 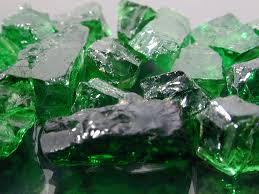 The “powers that be” at Pantone have decreed that the 2013 Color of the Year is emerald green. The immediate thought is of emerald, that lovely, pricey inclusion-loaded green member of the beryl family, but allow me to introduce you to another lovely green — tsavorite garnet — yes, Virginia, there really are green garnets.

Tsavorite or tsavolite is a variety of the grossular garnet group with vanadium or chromium coloring the gem. First discovered in 1967 north-east of Tanzania, successful mining did not begin until 1971. In 1974, Tiffany and Co. suggested the name Tsavorite (t is silent) in honor of Tsavo National Park in Kenya, and launched a marketing campaign to bring recognition and sales of the stone.

A well cut, clean garnet is a bright and lively gem – the best tsavorite garnet is a bright hot grass green that flashes and dazzles, outshining the best emerald when compared side by side. Gem quality crystals are usually small, not usually over several carats. One crystal weighing 925 carats was found in 2006, and, when cut, yielded a 325 carat oval gem, while another found that same year yielded a 120.68 carat oval cut.

So, Virginia, green garnets — definitely not your Grandmother’s gemstones.

Susan Schube is a bench-trained jewelry designer and owner of Avalon Jewelers/Gallery on Main Street in Zionsville. The fascinating legends and beliefs attached to gemstones have always interested her, and the colors and varieties have inspired her jewelry designs.