You are at:Home»Current in Carmel»Carmel Cover Stories»Utility bills may be on the rise 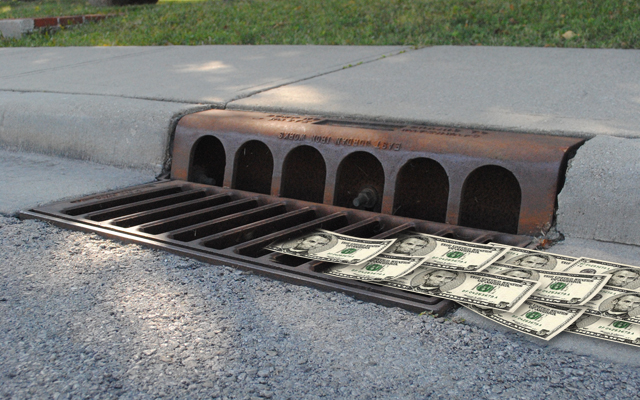 City insists it’s not money down the drain, but for necessary upgrades

The city of Carmel is exploring the possibility of creating a new stormwater utility to collect an additional fee from property owners.

Discussions on the creation of the utility are still in the preliminary stages, according to City Councilor Luci Snyder, who said she would sponsor the proposal when it comes before the council sometime before the end of 2013.

The city has hired an outside engineering firm to guide it in creating the utility, Snyder said. And while the firm’s report on the issue hasn’t been finalized, initial indications are that the fee to residential property owners would raise utility bills by a flat $5 fee per month. 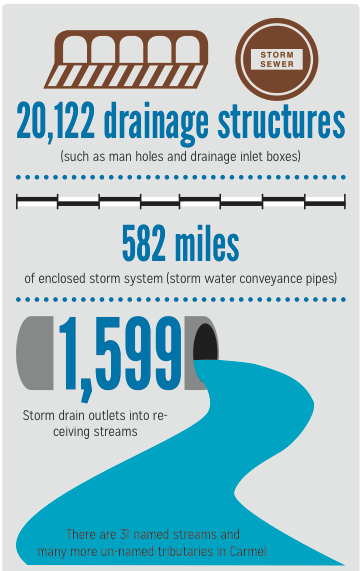 Commercial property owners would be assessed a variable monthly fee that would be determined by the amount of impervious surface on a property, which doesn’t allow rainwater to naturally drain into the earth, Snyder said.

The proposal stems from a desire to build up a rainy day savings fund to repair infrastructure, not to find an additional revenue source, Snyder said.

“It’s prudent at this stage in our development for us to think and plan for repairs and replacing aging infrastructure,” she said. “I know nobody likes to have anything on their tax bill go up.”

Mayor Jim Brainard said he is in favor of the stormwater utility’s creation. He issued a statement saying, “Even with the new storm water utility fees, Carmel taxes and utilities will be some of the lowest of any city in Indiana and the U.S.”

The creation of the new stormwater utility will be largely administrative, Snyder said. No additional employees would be hired to administer the fee collection due to the flat residential rate, and assessment of commercial properties would be done through computerized GIS analysis.

If any new employee needed to be added due to the utility’s creation, it would likely be a person in the city’s GIS department, said City Engineer Mike McBride, whose department currently oversees stormwater management.

The biggest question city officials are still ironing out before an ordinance is proposed is determining what measures are needed to ensure the collected funds are used only for upgrades and maintenance of the city’s stormwater infrastructure.

“This fund cannot be used for anything other than this,” Snyder said, citing the fact that the cost of replacing infrastructure has become astronomical and that the city needs to build up some savings.

The issue initially arose because the city’s engineering department was using money for roads and highways to make emergency drainage repairs. When the city hoped to begin initial work to extend Illinois Street, the work had to be delayed due to diminished savings, Snyder said. The money had been spent to replace collapsed road culverts that threatened the safety of city roads.

The city was caught off guard, and hopes the stormwater utility fees will prevent future surprises.

The utility’s creation is also part of the city’s efforts to keep up with EPA regulations regarding water quality.

The federal agency is seeking to clamp down on chemicals that run off from lawns and roadways and end up in nearby streams and rivers – two of the biggest concerns are E. coli bacteria and excess phosphorous from lawn treatments.

The city’s engineering department has been identifying impaired waterways and working on ways to improve them for years, McBride said.

The problem stems from the unfunded nature of the EPA’s mandate – something a stormwater user fee could help remedy, McBride said.

He also noted that Indianapolis, Fishers, Noblesville and Westfield have all created similar utilities in recent years to address this very issue.

Snyder noted that it’s also important from a growth standpoint.

“Companies invest in communities that invest in themselves,” she said.