You are at:Home»Current in Carmel»Carmel Community»Mooncake Festival to honor Carmel’s Chinese community

Music, dancing and a performance by concert pianist Lang Lang are among the highlights of the Mooncake Festival in Carmel Sept. 14 and 19 that will celebrate the city’s Chinese community. 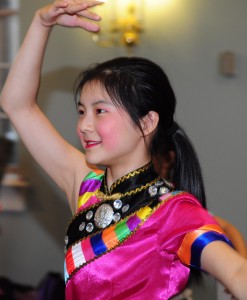 The City of Carmel is working to expand its cultural exchange with Chinese sister city Xiangyang by hosting several Mooncake Festival events this month. (Photo courtesy of Dominic Li)

“One thing we wanted to do as part of our mission as a sister city was to not only establish international understanding between the two cities but also promote better understanding of the Chinese culture in our community and to honor the Chinese in our city,” said Sandra Long, Carmel-Xiangyang Sister City committee chair.

The festival was first introduced as an official holiday in China at the beginning of the Tang Dynasty approximately 3,000 years ago.

Legend has it that at the time, 10 suns hung in the sky scorching the earth. A man shot down nine of the suns and saved the earth. In return, he was given a potion to make him immortal. However, his wife drank it, and she flew off into the heavens, landing on the moon to watch over her husband. Seeing her on the moon, the man brought out her favorite cakes and prayed for her blessing.

“We wanted to establish the first ever mooncake festival and we intend for it to be an ongoing annual event,” Long said. “We have 800 mooncakes ready for everyone because it is the tradition. We want people to come and celebrate with their families and friends and learn more about our sister city relationship.”

Mooncake Festival events will be from 6 to 9 p.m. Sept. 14 and will be coordinated with the Second Saturday Gallery Walk in the Arts and Design District.

A Sept. 19 VIP Reception in the Founders Room at the Palladium prior to the performance of Lang Lang is also planned. Members of the Chinese community will also be honored at the reception.

For more information, visit carmel-xiangyang.org or watch a video at http://youtu.be/w_dtJa7NuZQ