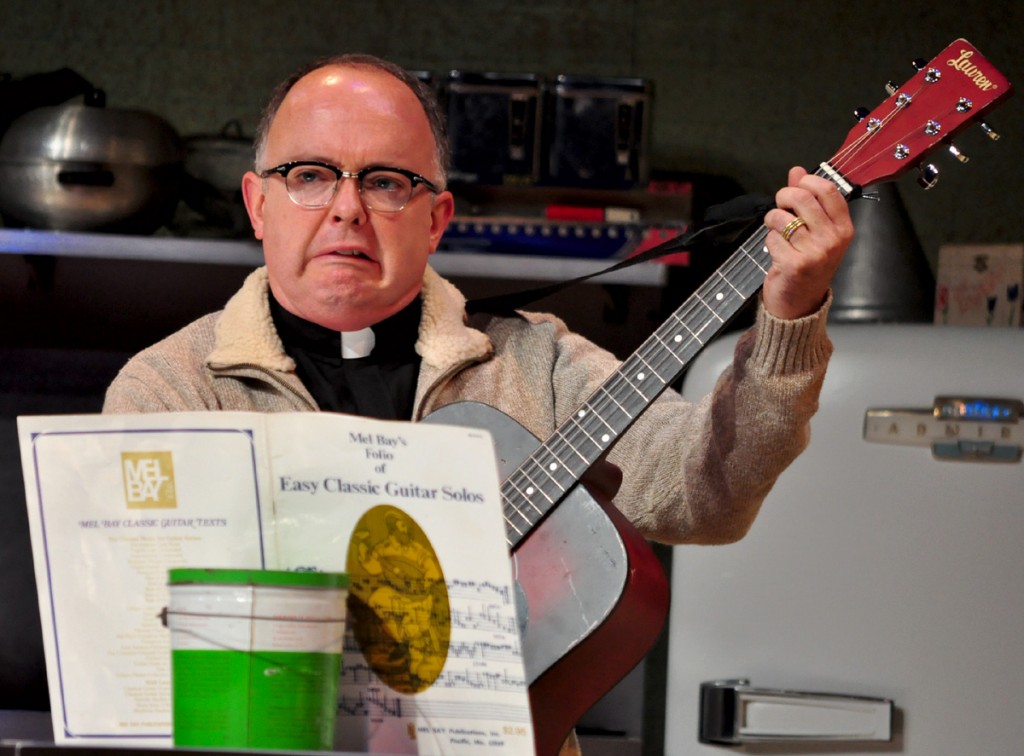 Beef & Boards Dinner Theatre will mark its 41st season in 2014 with four acclaimed musicals celebrating milestone anniversaries. The theatre will also introduce a new musical, the fourth in a hilarious series of mishaps by recurrent, endearing characters that audiences have grown to love.

Based on the books “Growing Up Lutheran,” and “Those Lutheran Ladies,” the latest musical, “A Mighty Fortress Is Our Basement,” is part of the “Church Basement Ladies” series, which follows the lives of several unique women who cook dinner for special events in the basement of their rural church. Eddie Curry, artistic director, casting director and actor for Beef & Boards, explained that this musical series is so popular because audiences can relate to the characters that remind them of church members they already know. 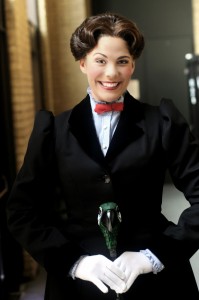 “Especially the older folks who went to rural churches,” Curry said. “They gathered in the church for potluck dinners and whatnot.”

Curry, who plays Pastor Gunderson in the series, said that characters like Mavis, a church lady whose husband loses yet another finger from a farming accident, keep attendees coming back for the next sequel in the series because they want to know what happens next for the character.

“A Mighty Fortress Is Our Basement” is a reminiscent tale about memories from the church, as the property is about to be sold.

“A lot of the fourth (series) is about the same characters remembering church activities throughout the year. People are coming back to the church for a final service,” Curry said.

Another warm musical being shown for the first time at Beef & Boards next year has actually been a family favorite for generations. “Mary Poppins,” the story of a delightful nanny with a lot of wisdom and a little magic who teaches a family how to value one another again.

The musical is part of the featured family show for the 2014 Season, which means the show has a special $10 discount for tickets for youth ages 3-15, according to Patricia Rettig, director of marketing and media relations. “The discount makes it easier to enjoy an outing together as a family,” she said.

Other beloved musicals returning to Beef & Boards include “Oklahoma!” the first collaboration of Rodgers & Hammerstein.

“You don’t get any more of an all-American musical than Rodgers and Hammerstein’s Oklahoma! It has been the foundation for Beef & Boards’ continued success, as it was the first show presented by our owner, Doug Stark, when he first purchased the theatre with his business partner in 1980. It established the Broadway musical format which we still have today,” Rettig said.

Those musicals celebrating anniversaries from their very first debut on stage include, “Lend Me A Tenor” and “Cats” at 25 years, “Fiddler on the Roof” with 50 years under its belt, and one of the longest-running shows, “Anything Goes,” which premiered 80 years ago.

“Beef & Boards is one of only seven professional, Equity, year-round dinner theatres in the country, and it’s still going strong after 40 years,” Rettig said. “That’s a testament to the support this area provides to the performing arts. We are grateful for that support, and hope to continue to entertain for many years to come.”

Currently playing at Beef & Boards is “Father of the Bride,” which many will recognize from the Spencer Tracy and Steve Martin films. It runs through Sept. 29. Visit www.beefandboards.com/fatherofthebride/ for a calendar and show times.