You are at:Home»Current in Carmel»Les Olds could be back at CRC in two weeks 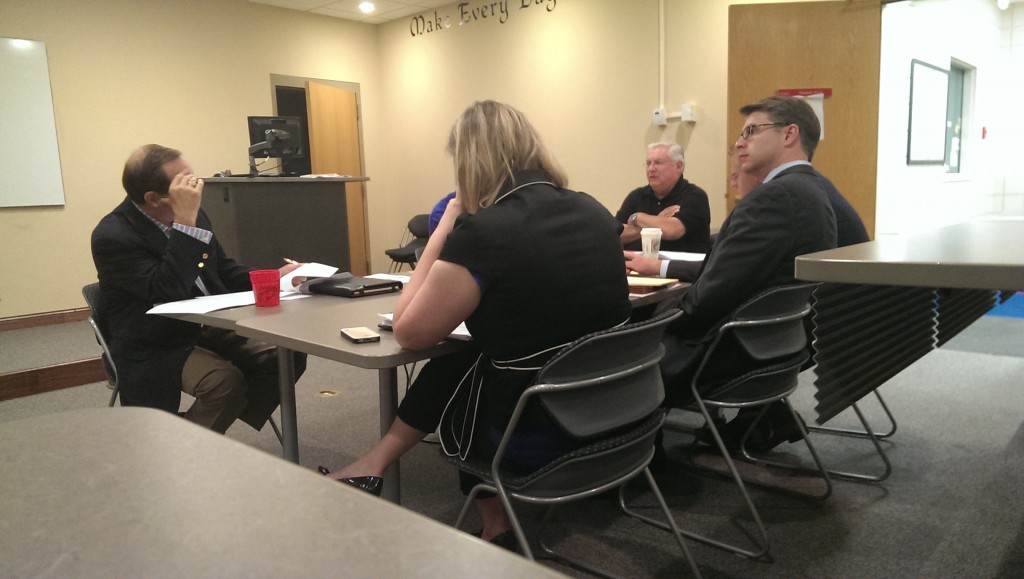 The City of Carmel is searching for a back door to quietly usher Les Olds, the embattled former executive director of the Carmel Redevelopment Commission, back into city government. And that pathway seems to lead through the Carmel City Center Community Development Corp.

The 4CDC was poised to approve Olds’ contract as a consultant in an early morning meeting on Sept. 10, but postponed the contract’s approval pending advice from a lawyer.

“We were not intending to approve it Tuesday,” said Ron Carter, a 4CDC board member and Carmel City Councilor, in a statement on Sept. 12. “I noted that I felt we could do this, that many other entities, both for-profit and nonprofit in the region and throughout the country had done this in the past, but that I wanted to make sure that we were doing this the correct way.”

“The city and the CRC still need these services,” said Ron Carter, a 4CDC board member and Carmel City Councilor. “I feel the city needs the expertise of Les Olds.”

Carter said Olds’ contract shouldn’t have had to come to the 4CDC and should have been approved by the city council.

In a 4-3 vote at the Aug. 5 council meeting, the council effectively fired Olds by refusing to renew his contract, citing inconsistent record keeping.

“The mayor thinks he needs him as an architect and negotiator,” said city councilor Luci Snyder. “That’s fine with me as long as he’s not running a city department. He’s proven over seven years that he can’t do it.”

“There are currently many new buildings in the planning and early building phases in the City Center, and it is essential to have an experienced manager available to coordinate streets, sewers, water lines, sidewalks and other infrastructure to help these public private partnerships succeed and keep the momentum of our city’s tremendously successful redevelopment going,” Carmel Mayor Jim Brainard said in a statement.

Brainard also said it was important to recognize Olds’ track record, saying, “The improvements in the Arts and Design District as well as the City Center have largely been accomplished through Mr. Olds’ management and technical expertise and have been critical in attracting corporate headquarters to Carmel which in turn keep our taxes low.”

“This is something the 4CDC can and should do,” Carter said.

The 4CDC, a 501(c)(4) nonprofit organization, collects rent from commercial tenants in the James Building at the Center for the Performing Arts and is part of complex financing mechanisms involving the CRC, Snyder said.

The 4CDC will conduct a special meeting Sept. 24 at 8 a.m. to make a determination on the contract.