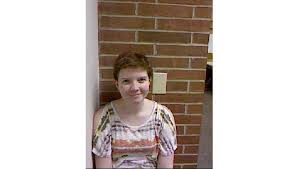 Carly VanArsdall, 16, is safely back home after her Aug. 24 disappearance.

The investigation is ongoing in the case of Carmel teenager Carly VanArsdall, who was reported missing on the morning of Aug. 24 and found in South Carolina later that same night. VanArsdall had willingly travelled to Pickens County, S.C., in the car of a 23-year old man she met online. She was found safe in his South Carolina home and was kept in protective custody with the Pickens County Sheriff’s Dept. until she could be released to the custody of her parents.

“Our detectives are certainly wanting to talk to her,” said Lt. Joe Bickel of the CPD. “As of August 25, we’re not sure if she went back to school or not, but she has been returned to the custody of her parents. We’re definitely working on it.”

VanArsdall had maintained an online relationship with the South Carolina man since February and records of those interactions found on her computer, which she left behind, were the key to locating her.

At question is whether or not criminal charges will be filed against the South Carolina man. Until he is charged, his name will not be released. A representative of the Hamilton County Prosecutor’s office stated that no details of the ongoing investigation are available as of press time, but the possibility of federal involvement remains since the two crossed multiple state lines on their way to South Carolina.