You are at:Home»Current in Westfield»Purebred passion 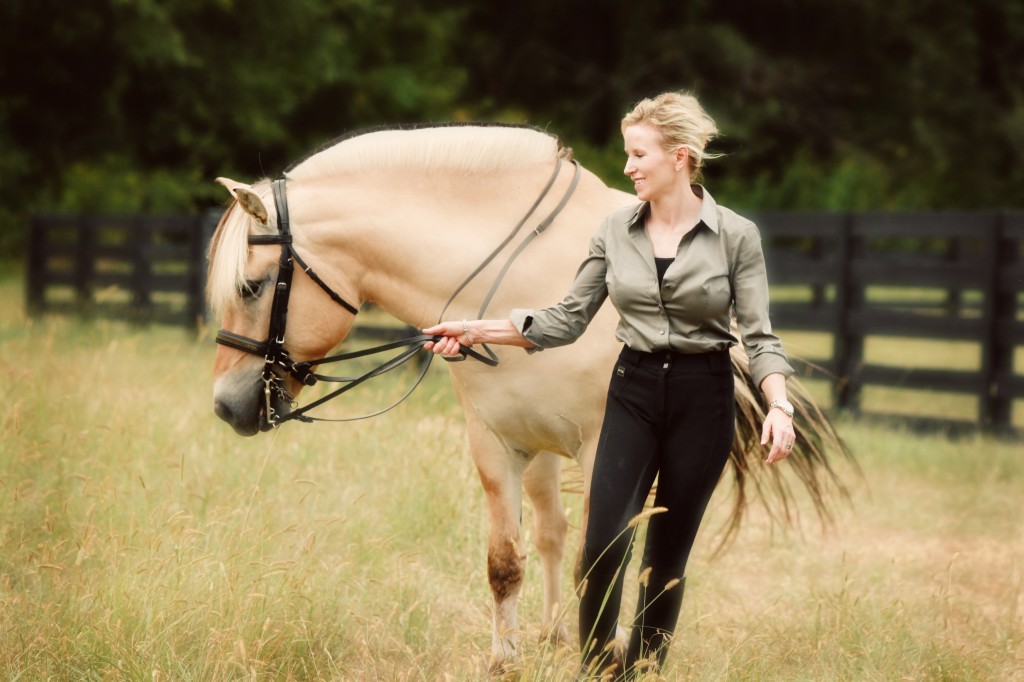 Andréa Eppley began horse riding as a child. When she turned 30, Eppley was single and financially in a good place so she purchased her first horse.

“I was going to have a horse regardless,” she said. “I dreamed about it since I was a little girl.”

One horse lead to a second, which led to a third. After marrying her husband, Barry, the couple started adding even more horses to their stable. Eppley said her husband is “not a horse person at all.”

With Norway as one of his favorite destinations, Barry liked the Norwegian Fjord horse.

“It’s a little unique, like a giant stuffed animal,” Andréa said. “He made the decision for me, but I didn’t need a lot of pushing.”

The Norwegian Fjord horse is one of the world’s oldest and purest breeds of horse. Eppley said excavations at ancient Viking burial sites indicate that the Fjord has been selectively bred for at least 2,000 years. Unlike thoroughbreds, Fjords are cold-blooded and built for strength, not speed.

“They get their claim to fame because they are so versatile. They are steady in terms of temperament, less spooky. It’s very unusual you come across one real fiery or reactive,” Eppley said, adding the animals are handled by amateurs to professionals. “They’re far safer than average horses. They’ll let you make a lot of mistakes.” 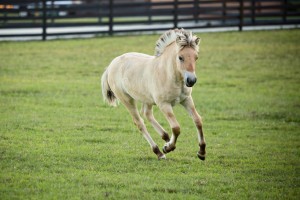 Eppley’s breeding stock was acquired from Sorum Fjord Farm, one of the premier Fjord farms in North America. The two-time Horse of the Year in Denmark is the sire of Vidar, one of Eppley’s two Fjord stallions. Vidar recently was the sire of Siri, who was born on March 7.

“I believe it is the first Fjord born in Westfield,” Eppley said. “There’s only a couple born in this country.”

Eppley said the goal of Silver Drache Farm is to breed one to two purebred animals a year.

“I don’t ever want to breed a large number because of space. The quality of care they receive here is unparalleled. I never want to shortchange one horse to care for another,” she said.

Eppley has shown each of her horses and has four that are actively being shown.

“It’s a lifestyle. That’s the best way for me to sum it up. There’s always something going on,” she said. “Whether it is three below or 105, it doesn’t matter. It is a constant job, a labor of love.”

This year, she made the decision to commit more funds to training instead of traveling. Eppley said lessons cost $60 to $130 for 45 minutes. The average horse show costs $1,000 after traveling, hotel, boarding and additional fees.

“That’s a lot of training,” Eppley said. “We try to go to one or two (shows) a month. I like to stay within the four-hour mark. Anything further than that takes a little planning.”

“It is a physical job. There have been times when I’ve had minor injuries where I realized if I had broken any bones it would be difficult to do many tasks because so many things are heavy,” she said. “I don’t spend a lot of time working out besides yoga.” 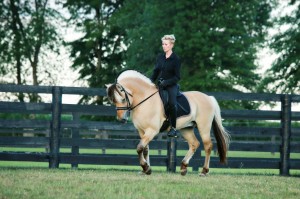 To house their growing stable, which is now at seven horses, the couple purchased Silver Drache Farm on the west boundary of Westfield. The 11 acres of land was a tree farm with more than 400 trees when it was purchased in 2006. After removing the saplings, Silver Drache Farm had six oversized stalls, outdoor areas for graving and running, and an indoor arena built. Eppley said the farm is in the process of building an outdoor arena.

“It’s getting harder and harder to keep small farms from the developers,” she said. “I think it’s critical that small farms like this are encouraged to succeed because there aren’t many of us left. Hamilton County’s roots are agricultural.”

Dylan Wildman has worked on the farm for two and a half years. He met Eppley while previously working at a boarding place in Lebanon.

“This is a wonderful place to work,” he said.

Wildman lived in Boone County and had been around livestock but never worked with animals until his high school job. Like humans, he said each horse has its own personality.

What do you do in your free time? “I have a tablet with the Kindle app and many, many books.”

Last book read: “Up and Down Stairs: The History of the Country House Servant” by Jeremy Musson

Dream vacation: Staying at Blackberry Farm, a luxury hotel and resort situated in the Great Smoky Mountains of Tennessee. If the $10,000 fee was not charged, Eppley would enjoy a week of five-star chefs and being waited on hand and foot.