You are at:Home»Current in Fishers»Police kept extremely busy

In a four day spread, authorities in Fishers responded to incidents that included the arrest of an Indiana State Police Trooper, traffic on I-69 coming to a halt, an armed robbery and car break-ins. 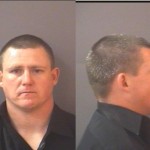 Trooper Christopher Dyer, 30, of Oakland City, Ind., was arrested in the early hours of Aug. 18. According to an FPD news release, reports came in that the man was waving a gun inside Sahm’s Bar and Grill, 7870 E. 96th St.

FPD responded at 1:48 a.m., but the man already left the bar. When he was found by police, a portable breath test showed he had a blood alcohol content of .27 percent.

Before the incident, Dyer had road patrol duties in Evansville. He is on administrative leave with pay, David Bursten, Indiana State Polices spokesman, stated in an email. Disciplinary measures for the trooper could mean as much as being fired.

“The normal outcome of an internal investigation may result in a finding of unfounded, or unsubstantiated, or substantiation of charges that may result in a written reprimand, or suspension without pay, or termination of employment,” Bursten stated.

Traffic came to a halt on I-69 on Aug. 19 after a motorist saw two males put a camouflage bag under the Campus Parkeway overpass and called the authorities at 4:15 p.m. 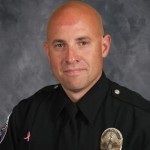 “Because of the totality of the circumstances and the information that we had at that time, we decided it was in the best interest to cordon off that area,” Officer Tom Weger, FPD spokesman, said.

While the bag only contained bottled water, a sweater and other random items, Weger said the motorist did the right thing.

The Shell Gas station at 96th Street and Allisonville Road fell victim to an armed robbery around 11:30 p.m. Aug. 19.

After a pursuit into Marion County, four suspects, all from Indianapolis, were arrested.

A third male suspect was at large and considered armed and dangerous, and Weger said he had no new updates on that suspect’s status as of publication time.

Through information obtained in other robbery investigations in Fishers and the Indianapolis Metropolitan area, FPD learned there was potential for the station to be robbed, but FPD did not have information saying it would happen there that night, Weger said.

Adding to the string of incidents last week, a call was placed to FPD at 1:50 a.m. Aug. 21 reporting car break-ins in the 14400-block of Lansing Place. 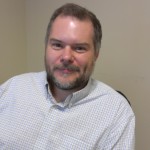 The suspects, both from Indianapolis, fled from the officers but wee later caught, according to a news release. Jalen Williams, 18, was charged with theft, a Class D felony; unauthorized entry into a vehicle, a Class B misdemeanor; and resisting law enforcement, a Class A misdemeanor. A 17-year-old, male juvenile was charged with theft and resisting law enforcement.

“We definitely see that the community is partnering with us,” Weger said, “and it’s a great benefit to overall success.”

Fishers resident Randy Edmonds, 42, has had his car broken into before, but he’s not too concerned with crime in town and feels comfortable.

“I will walk anywhere in Fishers at night,” he said.

An off-duty FPD officer witnessed someone attempt to break into his police car in the early hours of Aug. 22. The suspect was followed by the officer and stopped and apprehended by a K-9 unit. Indianapolis resident Shaquille O. Davis, 19, was charged with theft, a Class D felony; unauthorized entry into a vehicle, a Class B misdemeanor; and resisting law enforcement, a Class A misdemeanor. A second suspect, who was driving, Westfield resident Clarese Via, 22, was charged with theft.

Davis was taken to IU Saxony Hospital for a leg injury before being taken to the Hamilton County Jail, according to a news release.

An Aug. 17 accident near 96th Street and Fitness Lane led to the death of Indianapolis resident Nelson Spiegel, 63. According to a news release, Spiegel was driving a three-wheeled motorcycle with one passenger, his wife, Paulette Spiegel, 63. According to FPD’s release, witnesses reported that a Saab, heading west, rear-ended  an Isuzu, which was in place to turn south onto Pinecreek Drive. The Isuzu was pushed into the motorcycle’s oncoming lane and was struck by it.

Spiegel died from his injuries the next morning at Methodist Hospital, according to FPD’s release. Paulette was also taken to Methodist, while the Isuzu driver was treated and released at Community North Hospital.

The two other Indianapolis drivers involved were Scott Elskus, 31, and Wayne Bocchinfuso, 47.

FPD’s news release stated in the release that accident’s final report was headed to the Hamilton County Prosecutor’s Office “for the review of possible criminal charges.”