You are at:Home»Current in Westfield»Poetry book has African roots

Author of “The Harmonist at Nightfall,” a newly published book of poetry focused around historical places located in Indiana, Shari Wagner first started writing when she was 13. Her inspiration revolved around east Africa, when she moved with her family so her father could work at a hospital located there for a year. 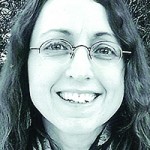 “I had never been in a desert before, and I really found it fascinating, it seemed really lonely and really beautiful, too,” Wagner said. “When I came back to Indiana, it seemed I saw everything around me differently. It seemed more interesting and mysterious, so I started writing poetry.”

Wagner, a Westfield native, began collecting newspaper clippings about interesting Indiana places she wanted to visit and wasn’t familiar with. Wagner visited these places and so began her project of writing “The Harmonist at Nightfall.”

“These are poems about Indiana places and also the people connected to them. There’s a strong sense of history in the poems,” she said.

Since some people think of Indiana as a “fly-over” state, Wagner wanted to create a piece of art that changed their views. Themes in the poems focus on history and nature, and some poems include local stories about the Underground Railroad, Stuckey’s Apple Orchard, and bird watching at Cool Creek Park. Wagner hopes that her poems inspire people to visit some of the places she writes about. 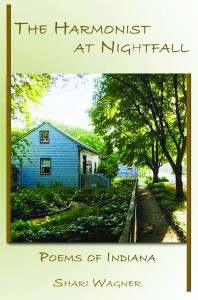 The title of the book is also the title of one of the poems. “The Harmonist at Nightfall” tells the story of an anonymous woman who is part of a New Harmony community and is questioning the views of her peers.

“I chose that for the title of the collection because there are a lot of references to music in the poem and to bring what we often see as opposites together such as history and present, balance and harmony,” Wagner said.

Wagner teaches poetry and memoir writing at the Indiana Writing Center and is the author of multiple other works, including another book of poetry titled “Evening Chore.”

“The Harmonist at Nightfall” can be purchased at most online bookstores or at the publisher’s, Bottom Dog Press website at http://smithdocs.net/.